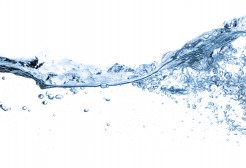 Years ago an acquaintance and I were having a conversation about sex, and she asked me about female ejaculation.

I was new to blogging about sexual intimacy in marriage, and to be honest, I hadn’t really read much about female ejaculation, let alone experienced it.

I regret that my casual response likely did her a disservice.

Certainly that wasn’t my intention, but looking back, I know she was wanting some reassurance that what she was experiencing in her marriage bed wasn’t weird or wrong or cause for alarm.

She changed the topic.

And because our paths rarely cross, I have yet to find an easy way to revisit the conversation with her.  (I mean seriously, I would have to seek her out. And initiate a discussion about female ejaculation out of the blue.  Even for me, that feels a bit awkward. Maybe she’ll read this post).

I’ve wanted to write about female ejaculation for awhile.

(And then I had lunch with fellow bloggers The Byerlys at Cracker Barrel and this topic came up. I know. Crazy, right? By the way, Paul Byerly is doing an anonymous survey on female ejaculation, which I highly encourage you to take after you finish reading my post).

For the record, I’m not overly enthused about the words “female ejaculation” — not because they aren’t accurate, but more so because they sound so cold and scientific.

Cold and scientific hardly seem like the right word choices for what’s going on in my marriage bed when I regularly experience female ejaculation. And by regularly, I mean every time we’ve made love in the past 2 years.

I just got a bit transparent right there, didn’t I?

Well. Anyway. The reason I just shared something so personal is two-fold.

First, I want to reassure wives who have experienced a wetness — an ejaculation — during sexual intimacy that what you are experiencing is real, not myth.

The initial time a wife experiences this, she likely thinks it’s urine.  Yet most researchers believe it’s not urine, at least not urine as we traditionally think of urine.

And it’s different from the wetness that your vagina produces when you are aroused.

The wetness that lubricates the vagina so a wife can more comfortably receive her husband’s penis comes from the Bartholin’s glands, which have nothing to do with female ejaculation. (More on the science later in the post, I promise).

Second, I want to reassure wives who have not experienced female ejaculation that this doesn’t mean your sexual intimacy is less satisfying or less complete. If we hold female ejaculation up as a goal to strive toward or an indication of true sexual enjoyment in a marriage, we are really missing the point.

I think the experience feels incredible, but I can’t say it feels any more incredible than when I have a clitoral orgasm.  Suffice to say, it’s all sexual pleasure and it all feels good. (All that wetness does make sexual encounters a little messier, but nothing that a nearby towel can’t handle).

As for the science and physiology behind female ejaculation, remember that I am not a doctor. Or a scientist. I’m just a housewife talking to you about sex. I’m going to simply give you the Cliff’s Notes version.

Female ejaculation is closely associated with what is known as the G-spot (named for Ernst Grâfenberg, M.D., who wrote about this spot in 1950, although he didn’t coin the term G-spot).

So where is this spot, anyway?

Generally speaking, it is on the anterior (front) wall of the vagina. Don’t worry if you’re directionally challenged and already feeling confused about its location. No GPS needed, I promise.

Easiest way to describe how to find the G-spot is imagine you and your husband are standing naked face-to-face.

As he caresses your body, he moves his hand to your vagina, slides his index finger in. With his palm facing his body, he does a “come here” motion with that finger — the same motion as if you were to beckon someone from across the room.  With this motion, he is using the tip of his finger to stimulate the upper inside wall of your vagina.

That’s where the spot is.  (Better to think of it as an area, rather than a definitive spot. And probably more comfortable to find when you are laying down).

It’s also where we find what are sometimes referred to as the Skene’s glands.  These are named for Alexander Skene, M.D., who studied this area and found that some women do indeed have ducts and glands that are somewhat similar to a male’s prostate gland. (They also are called the paraurethral glands).

These glands produce a fluid that in some women is released when they are highly aroused sexually. It has some of the same properties as the fluid released from a male’s prostate gland.

For decades upon decades, there has been much debate among doctors and researchers about what exactly does happen when a woman ejaculates.  Is this thin clear fluid coming from the Skene’s glands only or is it diluted urine that accumulates in the bladder during arousal and then is released? Or is it a combination of those?

Unfortunately, there is no consensus (as well as no extensive studies that I could find) on the exact origin of this fluid.

Sometimes it gushes out, whereas other times it is trickles out. Quantity varies from woman to woman.  I mean, it’s not bucketfuls, but for some women, it’s definitely enough to be quite noticeable during sex, that’s for sure.

For most women who experience it, the release of the fluid typically happens while she is experiencing what most describe as a G-spot orgasm. (From a personal viewpoint, I will attest that this is definitely a different sensation than a clitoral orgasm).

While experts can’t land on a conclusive origin of the fluid, there does seem to be consensus that “something” is happening that is quite wet.

So there you have it.  Female ejaculation. It’s not a myth (just ask any woman who has experienced it).

If you experience it, you don’t need to feel self conscious.  In fact, if a husband knows that this wetness is simply his wife’s uncontrollable response to intense sexual pleasure, he likely will find all that wetness quite arousing.

If it happens and your husband seems caught off guard, take the time to talk about female ejaculation (probably do the talking afterward, because I’m guessing you’ll be rendered speechless while climaxing).

If you never experience the release of this fluid, no worries. Doctors have yet to really determine why some women ejaculate and some do not, but either way, it’s no reflection on your degree of sexual confidence as a wife.

What’s of vital importance is that you and your husband are committed to enjoying and nurturing sexual intimacy.

Within the exclusivity of your marriage, you have tremendous freedom to pursue and appreciate sexual pleasure and sexual oneness. Don’t get hung up on how wet that pleasure is or isn’t.

For more reading on female ejaculation, check out the below posts by my fellow blogger friends. And don’t forget to take Paul Byerly’s anonymous survey at this link.

Female Ejaculation at The Marriage Bed

Female Ejaculation: Is It Real? at Hot Holy Humorous

For more reading on orgasm in general, I have an entire page on my site on orgasm.

20 thoughts on “A Different Kind of Sexual Wetness: Candid Discussion about Female Ejaculation”