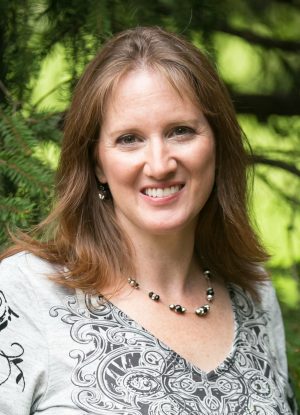 You should know that I am fairly average.

I start with this point because people have a tendency to think that because I am a Christian wife who loves sex (and talks about it nonetheless), that there is something quite extraordinary about me.

I am actually a very real person, complete with a whole slew of indecisions and shortcomings (as I am sure quite a few people would stand in line to point out).

I thought I would share a bit about myself so that you can get a glimpse at how real I am — I mean, without having to actually stop by my house and see me yell at my kids or get all gloomy about the impossible-to-hide reality that I have kitchen floor linoleum from the early 1980s.

I am completely secure with the reality that you may reach the end of this page thinking, “Now there is 2 minutes of my life I’ll never get back.” But who knows? Maybe we have some things in common. Maybe we are kindred spirits.  Maybe your kitchen floor sucks, too.

I can eat my weight in hot salsa.

I share a food characteristic because… well… I love food.  If I didn’t have the glamorous jobs of helping my youngest son find his “really important” Lego dudes and making sure everyone has clean socks, I would probably be a chef.

Well, not like one of those chefs on the Food Network.  More like the chef on “A Charlie Brown Thanksgiving,” where they served things like jelly beans, popcorn and toast slathered in mounds of butter. In all seriousness, though, I do make a killer cheesecake. Genuine cheesecake. Not like the kind from the box.

I grew up in the era of Big Wheels, Holly Hobbie and the original Smurfs. I rode in the back of pick-up trucks. I watched “Mutual of Omaha’s Wild Kingdom.”  And “The Six-Million Dollar Man.”  I can remember where I was when Reagan was shot. And when the Challenger blew up.

I remember penny candy, Orange Crush pop and grocery stores where clerks rang up items with their fingertips instead of a scanner. My first and only video game system was an Atari. My best friend in high school had a “party line.” For those of you too young to know what that is, let me assure you that the word “party” is a bit misleading. There was nothing fabulous about it for two teenage girls who wanted to talk endlessly on the phone.

I was a painfully shy redhead who never really fit in.

Not a star athlete.

Not a popular girl turning the guys’ heads.

Not a stylish dresser.

Not at the top of my class academically, but still smart enough to not give my parents or teachers cause for concern.

I was editor of my high school newspaper and copy editor of my college newspaper.  I still miss college occasionally, even though it was where I made a lot of foolish choices like losing my virginity and drinking too much and not applying for more scholarships.

I could be in the worst mood and then be completely cheered up by the movie “Grease.” It is just the right mix of dorky and endearing, plus all these songs that get stuck in your head.  You’re starting to sing them right now, aren’t you? I love that movie! Never mind that it’s a bunch of 20-somethings and 30-somethings playing high schoolers. (Kid you not, Stockard Channing was 33 when that film was made).

I am totally not a numbers person.

The one and only time my son asked me to help him with his math homework, it was all I could do to not grab the calculator and put us all out of our misery.  Hey, if everyone was a numbers person, sure, we’d have balanced budgets.  And a bunch of incomplete sentences and dangling modifiers. (Yes, I know… that last sentence was incomplete. Trust me, the irony is not lost on me.) I could find errors on a restaurant menu.  Just don’t ask me to figure the tip.

I love office supply stores, where if I were given just a little bit of financial leeway, I could become a financial disaster. You’d find me there, sheepishly buried under shiny paper clips and plastic boxes in all shapes and sizes.

I know how that whole “second cousin once removed” thing works.  Really, I do. I could explain it to you right now if you asked me.

I gave birth the first time with an epidural and the second time without an epidural.  Let’s just say I pretty much flipped out second time around.  I don’t think I went insane, but I could see “insanity” from where I lay.  Kind of like how Mrs. Palin can see Russia from her front porch.

I love behind-the-scenes facts… like how much milk a family of 12 drinks in a week or how many hot wings that Buffalo Wild Wings place goes through on a Friday night.  Stuff like that completely fascinates me.

My most impulsive decision was when I declared we should get a German Shorthair Pointer puppy.  What was I thinking?! These things have the energy of Border Collies and are almost as smart. We are now spending our children’s college funds on invisible fences and a lifetime supply of rawhide bones and squeaky toys.

On my iPod, you are just as likely to find Bette Midler, Norah Jones, Fleetwood Mac, the Eagles and Johnny Cash as you are to find MercyMe, Amy Grant and Steven Curtis Chapman. Maybe even some REO Speedwagon and Air Supply thrown in just to keep things nostalgic.

If I could have a conversation with a “famous” person, it would probably be Diane Sawyer or those guys on that show “American Pickers.”  My husband and I find that show incredibly interesting.  I’m not ashamed to say that we put off having sex one evening so we could watch another episode of “American Pickers.”  (And we like sex a lot, so that should tell you how mesmerized we are by this show).

I came to know Christ personally as an adult, and what I most appreciate about Him is that He understands that I have a lot of loose ends on which I’m still working. He gets me.

If you are one of those Christians who has it all figured out, more power to you.  I doubt I would be able to wow you in any capacity, but I’m confident God would still eat nachos with both of us.

I speak and write about sex because God told me to.  And because sex was a mess in my first marriage. A painful source of disconnect and frustration for both of us.  I speak about sex because frankly I treasure how tender, sacred, endearing and fun it is in my current marriage. Absolutely indescribable.

I know this may come as a shock because I’m so comfortable talking about sex, but the truth is that trying to shed more light on God’s intention for sex does not come without costs. My marriage regularly comes under attack (Satan isn’t too thrilled about anyone who speaks favorably about one of God’s gifts). I’m not implying God isn’t up for the challenge of that kind of spiritual warfare. I’m just saying things are not always easy.

I know that many married couples are hungry for someone to speak authentically into their journey.  I don’t have all the answers.  I do, though, have a lot of heart committed to offering hope so that others feel less alone in their journey.

I speak about sex because I love the Lord, my husband and my kids.  And I want those kids to grow up with God-honoring and accurate information about sex. In my most optimistic moments, I imagine my future daughters-in-law will thank me. Maybe they’ll even feel comfortable talking to me about sex (Or maybe they’ll find that just plain weird. I’m not sure.)

In speaking openly about sex, I’m just trying to do my part. It’s not heroic. It’s not noble. It’s not over-the-top.  I’m just one voice among many voices trying to get at the heart of what’s really happening behind closed doors.

Want to know more about what I believe with regard to sex?  Check this page out.  And you could read a post I wrote called 4 Confessions from a Sex Blogger.

If you have a topic you would like me to address in my blog, don’t hesitate to shoot me an email at .  If you want, follow along on my blog for awhile with the RSS-thingy and check me out on Facebook and Twitter. I update all that stuff just enough to be helpful but not nearly enough to be annoying.

Okay, if you’ve made it this far, all I have to say is “wow.”  I’d rather talk to you than to Diane Sawyer or those guys from “American Pickers.” Seriously.