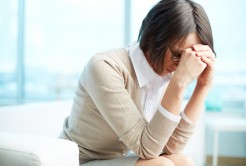 I received an email the other day from a gentleman who was looking for a particular article where the writer — a woman — referred to sex with her husband as ministry.

The “sex as ministry” argument kind of goes like this:  If he wants sex, she should oblige and see it as her opportunity to serve him and serve the Lord.

I couldn’t recall the article he was searching for, but the topic itself did get me thinking about this whole line of thought about a wife’s duty (or ministry) to her husband when it comes to sex.

My initial reaction is I agree. I’ve often said that I believe sex is intended to be one of the sweetest forms of worship in a marriage.

I get the whole “sex as ministry” argument.

Interestingly, when I read the email, I realized how we rarely hear of sex referred to as a husband’s duty to his wife, even though that is part of the biblical model as well.

Every marriage speaker and writer can easily quote 1 Corinthians 7:3-5, in which Paul admonishes…

Do not deprive each other except by mutual consent and for a time, so that you may devote yourselves to prayer. Then come together again so that Satan will not tempt you because of your lack of self-control.”

Reading it out loud, the mutuality is clear, right?

But as those verses pass through so many Christian filters, we tend to land with a heavy emphasis on a wife’s duty to be sexually available to her husband.

Maybe we land there because we so often hear (or assume) that wives are the only ones sexually refusing.  And honestly, most emails that flood into me are from discouraged husbands who want more sexual intimacy, yet their wives are indifferent — at times even adversarial — to the matter.

That’s not always the case, though. There are plenty of women who want more sex in their marriage and simply aren’t getting it.

Whichever side you’re on, this is a crucial question to explore…

Do you see sex as duty?

Let that question bounce around in your head and heart a bit.  Mull it over.  Hold it up against your own marriage and see what you conclude.

Yes, sex in marriage is “duty” and “ministry” and a host of other Christian-y words.

But when it is reduced to nothing more than that, we rob ourselves of the abundant potential and benefit of sex.  Pure thievery.

Too many people sacrifice “privilege” and “oneness” on the altar of “duty,” and then wonder why their marriage lacks true intimacy.

And here is the crux of the matter, really.  Sex is one of the EASIEST things to postpone in our frantic and cumbersome and messy lives. Easy I tell you.

For some people, rationalizing away the need and desire for sex in their marriage is almost second nature. They don’t even have to think about it.  “Sex is not a need,” some will say.

And I know there are marriages where this isn’t about “life got crazy;” it’s about “our marriage has deep problems.”

As married folk, God always is calling us to seek and appreciate and understand His vision for such a covenant relationship.  He gives us ample instruction, road signs, guidelines and boundaries to unpack that vision.

And in the beginning, I think we are enthusiastic about such a journey.

Along the way, though, too many people lose sight of sexual privilege — and become consumed with a battle about sexual duty.

Instead of going through the motions when you have sex, will you fight for a better truth in your marriage?

If you see sex only as duty, you will rarely experience it as privilege.

16 thoughts on “Hey Wives, Stop Looking at Sex as Duty”