Sexually Speaking, Is Your Marriage a Fraud?

This is such a painful question.

Lately I have been particularly undone by the emails I’ve been getting.  The ones wrought with despondency and frustration and confusion and “I’m ready to give up.”

As a Christian wife who speaks about sex, I figuratively glimpse into a lot of bedrooms.

Do you know what I see?  I see many marriages where two people proclaim deep love for the Lord, yet have missed the mark on His design for sexual intimacy in their marriage.

And yes, I know there are sometimes complex reasons behind missing the mark, many of which I have unpacked on this blog in great detail.

A common thread, though, when sex is a struggle in a Christian marriage is that one or both spouses have chosen to be blind to their sin that is sabotaging sex.

The sins we hear about most, of course, are pornography and adultery.  The church is more than willing to look at those and build ministries around overcoming them.

But what about sexual refusal and sexual indifference?

What about when two people have faithfully held their vows of fidelity, but one spouse has arbitrarily removed sex from the marriage?

The reasons?  Well, there aren’t too many I haven’t heard (at least I don’t think there are).

Too unwilling to see sex as God sees it.

Too much belief in the enemy’s lies — that sex in marriage is gross, boring, only duty, only for procreation, only for the guy, optional.

Too many emotional wounds.

Sexually speaking, is your marriage a fraud?

I think back to my first marriage and the struggles we had sexually.  Should have, could have, and would have mean little when staring at divorce papers.

And oh how I understand now what I missed then.  Sex wasn’t our only struggle, but it was a big one — and those struggles were impacting our marriage in ways that I downplayed or overlooked or convinced myself we would figure out “someday.”

Surprisingly — or not surprisingly, depending on how you look at it — the dense fog of such deep pain after my divorce helped me see more clearly about sex.

I resolved that if I ever married again, I wouldn’t have a marriage shackled with sexual fraud.  I’ve never regretted such resolve.  Neither has my current husband.

And though we occasionally navigate difficulties in our sexual intimacy, we are living proof that sex in a marriage can be profound, sacred and wildly fun.

Some of you could heal the fraud that is plaguing your marriage sexually — really, you could.  You don’t have to wait for your marriage to completely unravel.

Do you have hope — maybe even tenacity and humility — to create a healthier reality for your marriage? I ponder such hopes for so many marriages.

Sexually speaking, is your marriage a fraud?

Whether that question pierces you, angers you, inspires you or confuses you, my heart is always to be a shedder of light.

Partly because I really like sex. And I want others to experience that kind of intense pleasure and connection and revelation of God’s heart in their marriage.

But mostly because I believe God is a redemptive God, eager to make things new.

We have to be willing to walk in His direction, though. Sexual restoration can replace sexual fraud in more situations than I think we realize.

Sexually speaking, if anything is going to define your marriage, let it be restoration.  Not fraud.

Are Incremental Changes the Secret to Better Sex in Your Marriage? https://t.co/yqnJN7xFnC

When You Need a Good Cup of Tea and a Book That Makes You Feel Better https://t.co/fsdkL4Wrqi https://t.co/imde3NAHeD 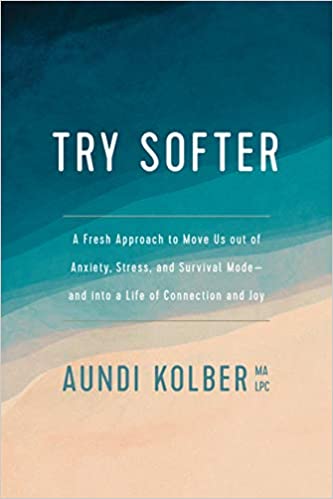