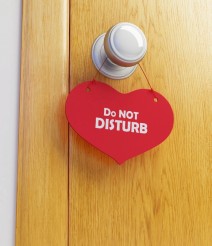 It’s not that I’m not a fan of missionary position.

I’m just not a HUGE fan.

(And I’m definitely not a fan of the name of it, which depending on what source you read, dates back to when missionaries would show “less civilized” natives the “proper” way to have sex. Thus the name “missionary” position. Go. Figure.)

Missionary position — face-to-face with husband on top during sex — usually is the easiest position for a husband and wife to figure out.

(This possibly is because it is what we most often see implied during any love scene in the movies. Or maybe because somewhere along the way, we too learned that this was the “proper” way to have sex).

Just to set the record straight, nowhere in the Bible does it say the only position in which a husband and wife can have sex is with the man on top, facing his wife.

Let’s not shackle ourselves to rules that really don’t exist.

I’m not saying missionary position doesn’t have its plusses, because it does.  In Paul Byerly’s survey, in fact, it was actually listed as the most popular position (see 6 Best Sex Positions) — with “wife on top” coming in second.

One of the downfalls of missionary position is that it can be one of the worst ways for a wife to orgasm — unless she and her husband have discovered that he needs to move forward enough to have the shaft of his penis in more direct contact with her clitoris.  In most cases, this would put his chest more at her face level, shattering our whole romanticized movie version of sex, yet increasing the likelihood she will actually climax.

(TMI in that last paragraph? I’m not sure).

All that being said, let’s hear it for the wife occasionally (or often?) being on top during sexual intimacy.

I’m a big champion of the wife being on top during sex, and here’s why…

1. You as a wife are more likely to experience pleasure.

While on top, you can control the rate and angle of penetration, easily making adjustments to what is going to work for both you and your husband to climax.

The first few times you are on top, it may seem awkward, but trust me.  This is not a difficult position to master. And once you do, I’m betting it will rank high in your sexual repertoire.

Plus, you will find ways in this position to bring sensations to his body he doesn’t feel in other positions.  I think there is power in that — you being able to turn him on, which then turns you on.

What. A. Beautiful. Godly. Cycle. Right there in the privacy of your lovemaking.

2. He gets a visual feast, sexually speaking.

Ladies, if your man is like most men, he is enamored with the female body.  And most husbands are most fascinated with their wife’s body.

Your body is the one female body to which the Lord has said your husband should partake of often — with his heart, his hands, his tender kisses, his caresses.

When you are on top, you allow him to really see you — your face, your breasts, your body move on his.

Want to really accentuate this? Let the light from the closet cast some light into the room.  Or turn on a bedside lamp or light a candle.

3. You share some of the physical effort required to have sex.

Okay, sex probably can’t be classified as an aerobic sport, but as any of us who have had sex knows, it does require some exertion.  It is far from being a passive physical encounter (at least if we are intent on enjoying it).

When missionary position is the only option on the menu, this means your husband is doing nearly all — if not all — of the work.

But when you are on top, well… for lack of a better way of saying it… he gets to enjoy the ride a bit more.

Sexual intimacy in a marriage is rich with opportunity for abiding and loving connection.  There is more than one position that will usher you into that holy experience.  And you being on top is worthy of consideration.

Want to read more about sexual positions? Check out my somewhat humorous post Hey, I’m a Housewife, Not a Gymnast.

And my pal J has written about the topic too in her posts How to Try New Sexual Positions, Mission Position, and Why Try More Than One Sexual Position.

9 thoughts on “3 Cheers for the Wife Being on Top”