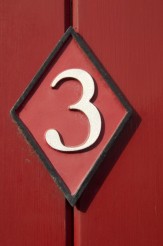 I remember years ago having lunch with a friend and we were talking about sex in general — and oral sex in particular.

“What’s not to like about oral sex?!” I said rather emphatically, more as a statement than a question.

“Giving or receiving?” she inquisitively asked.

“Both!” I said.  My friend, who is married, smiled and agreed, both of us appreciating this aspect of making love to our husbands.

As women who genuinely like oral sex, she and I seem to be rare among wives — and probably even rarer among Christian wives.

I have met wives who absolutely refuse to give oral sex, but are more than happy to receive it (quite the double standard).

I also have met women who refuse to give or receive it.

Instead, I would like to offer 3 secrets to amazing oral sex.

If you are a wife who has reservations about oral sex, consider this:

Secret #1 — Take a Shower Together Before Lovemaking

I’m not going to lie.  Cleanliness does make a difference.  The big hang up a lot of wives have about giving oral pleasure (and receiving) is the concern about cleanliness, odors, personal hygiene.

There is a simple solution to this.  Make showering together part of your foreplay.  Some say this isn’t reasonable time-wise, but I don’t get that.

How long does a shower really take?

And even if you can’t take a shower together, then take showers separately.  One of you put the kids to bed while the other one showers — and then swap duties so the other spouse can take a shower.

There’s a lot to be said for the phrase “I’m going to fly through the shower.”

If a shower isn’t reasonable, then at least make the effort to wash your body with a wash cloth before coming to bed.

Cleanliness helps lower inhibitions during oral sex, making it easier for you both to relax and enjoy giving and receiving.

It seems so obvious that we as wives should ask our husband what feels good sexually, but too many wives don’t.  As a wife, do you think you should just instantly know how to give great oral sex?  That’s crazy.

A better approach is to try different motions and techniques, and to ask him — ask him what he likes.  With the right effort and heart attitude, you absolutely cannot fail at this.

There are many nerve endings in the head of the penis and along the shaft, and often more pressure is better than less.

And sometimes a sweet delectable mingle of firm touches and light caresses with your hands, mouth, tongue and breasts will send him right over the edge of ecstasy.

Also remember that oral sex isn’t just about the penis; a gentle massage on the testicles can feel stimulating for a husband as well.  And one of the big reasons some husbands like oral sex is it is visually arousing as well as physically arousing.  He gets to see you in a sexually provocative way.

Ask him what feels good.

And when he performs oral sex on you, tell him what you need.  Help him understand the right rhythm and pressure of his touch that is most arousing to you.

Secret #3 — Embrace the Role Oral Sex Plays in Your Lovemaking

Do you see oral sex as a “have to” — a necessary part of sex simply to keep him from whining about it too much?

I certainly don’t think oral sex should be the only way a married couple connects sexually, because there is great spiritual, emotional and physical value to actual intercourse as well.

BUT, I think oral sex can play a significant role in sexual intimacy in marriage, particularly from a foreplay standpoint, but also occasionally all on its own as the complete encounter.

Oral sex is a great opportunity for spouses to bless each other selflessly.  When you orally please your husband, he simply receives that love.  That is powerful.  It is loving.  It is sacrificial.

So there you have it… 3 Secrets to Amazing Oral Sex…  Come to bed clean, Ask what feels good, and Embrace what oral sex could mean to your marriage.

Truth be told, these aren’t secrets.  They are common sense intentional efforts that can have a profound effect on connecting with your husband sexually.