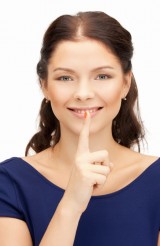 1.  I read Cosmopolitan at my hairstylist’s shop.

I admit it.  I want to know if there are 25 ways to rock my husband’s world tonight.  Sadly, I never learn anything new.

2.  I grow weary of people who are unwilling to do their part in nurturing sex in their marriage.

I know that some marriages are wrought with sexual difficulties that require a lot of work to overcome. Infidelity. Past sexual abuse. Betrayal upon betrayal.

In most marriages where sex is a struggle, one or both people just need to grow up and start mutually paying attention to their sexual intimacy.  And if there are those big problems I just mentioned? Those are not insurmountable either.

There is no magic solution that can solve these struggles for you.

If you don’t like sex, you have to put in the effort to figuring out why. If you are doing things to sabotage or destroy intimacy, stop it.

If you have let unhealthy sexual patterns settle into your marriage (no sex, obligatory sex, going-through-the-motions sex), I’m not gonna lie — digging yourself out of that mess may feel cumbersome. BUT, it is so worth it!!

Sadly, some people are just unwilling to do the necessary and life-changing work, even for the sake of their marriage.  Heartbreaking.

Even more depressing are the marriages where one person IS trying. And the other person couldn’t care less.

3. Too many churches (nearly all) have been tragically silent on the topic of sex.

Difficulties with sexual intimacy are a huge issue in many marriages.

Why are we not having more in-depth discussion and teaching about not only what the Bible says about sex, but also about the more common sexual struggles in marriage?

Everyone seems all enthused about bashing males and the use of pornography, but few people seem equally motivated to hold accountable Christians who are sexually refusing their spouse or being manipulative sexually.   Pornography is sinful, yes.  So is sexual refusal and sexual manipulation.

Sometimes sexual sin issues are intertwined and sometimes they are not.  At any rate, there is much opportunity for churches to authentically speak into the struggles.

We as a body of believers have collectively become lackadaisical about the wide spectrum of sexual issues plaguing marriages.  And, at the same time, we have not given enough voice to encouraging married couples to enjoy sex and have it often.

Something has got to give. This silence on sex is not helping anyone.  I’ve written about this before in a post that not surprisingly got a lot of traffic:  5 Reasons the Church Won’t Talk More Authentically About Sex.

4.  I have wrestled a lot — and I mean, a lot — with whether sexual refusal is grounds for divorce.

And by “sexual refusal” I don’t mean struggles about frequency (which is really the core of so many couples’ sexual battles).

No, I’m not talking about couples digging their heels in on whether once a week or once a month is enough sex. And obviously I’m not talking about when there is no sex because of such things as illness, injury, physical separation due to work or military deployment, ongoing unrepentant adultery, etc.

By “sexual refusal,” what I mean is outright refusal for literally years with no reasonable reason as to why.

I don’t have all my thoughts and feelings sorted out about if and when separation and divorce seem like viable solutions when sexual refusal has become the steadfast standard in a marriage. But when I do, I will write a post.

Suffice to say, though, I do think blatant and on-going sexual refusal is a form of emotional abuse, and … well… God isn’t too crazy about abuse.  He longs for us to acknowledge it, address it and hold people accountable.

5.  It is lazy and careless parenting to not have on-going and age appropriate talks about sex with your kids.

I’m not saying you are a horrible parent all the way around.

What I AM saying is that if you aren’t having on-going age appropriate conversations with your kids about sexual intimacy, then you are being careless in this area.

If you are waiting for just the right moment to have these conversations with your kids — yet you never seem to find that moment — I’ve got some humbling news for you.  The right moment is now.

You need to get over yourself and start talking.

And by talking, I don’t mean reducing it all to a one-time “talk.” That’s not much better than saying nothing at all.

There are countless adults who have made a mess of sexual intimacy in their lives in part because their parents did not muster the courage and resolve to speak often and specifically about God’s design for sex.

And if the only thing you are telling your pre-teen and teen children is “don’t have sex” or “sex is wrong,” then you are doing them a tremendous disservice.

The simplistic “don’t have sex” message is incredibly short-sighted if it doesn’t offer up healthy discussion about why premarital sex is not a good idea.  It’s not just about unplanned pregnancies and STDs.  It also is about knitting your soul together with another person (who likely won’t be your spouse).

It’s about trying to handle the emotional idiosyncrasies of something that single people (particularly mere kiddos) do not have the maturity to handle.

While you are exploring with your kids the reasons sex outside of marriage is not a good idea, you owe it to them to also give them a balanced view.  We tend to overemphasize “just don’t have sex,” but then we say nothing about how great sex is in marriage.

We make a big deal over purity rings and abstinence pledges, but say little about why sex feels so incredible with the person you love and with whom you share a covenant relationship.

I can already hear some of you saying, “Well, I can’t tell them sex in marriage is great, because sex in my marriage sucks.”

Sounds like this is your wake up call. To seek health and healing in your own sexual intimacy.

And to equip your kids to appreciate sex in their marriage some day.

6.  I really want to ask everyone about their sexual intimacy.

I usually have good discernment about this, because duh — I can’t ask random strangers at Target about their sexual intimacy.  I just can’t. And I probably shouldn’t haphazardly bring up the topic with my neighbors either.

My friends (and even a few acquaintances) are a different ball game.  And most of them know that at some point, I’m probably going to steer the conversation toward sex.  Not because I want to know intimate details, but more so because I care greatly about this area of marriage.

I know that when two people in a marriage could and should be having sex and both enjoying it, but aren’t — it’s likely impacting the rest of the marriage as well.  My heart is always to challenge people to look closely at this area of their marriage.

You may think I’m singing the praises of a good bra simply because of how it makes your breasts look (which a good bra will do, by the way), but I’m also encouraging you to feel comfortable and confident with your femininity.

Plus, it is a kind wifely thing to do to be sensitive to the fact that your husband likely is interested in looking at your breasts (whether your clothes are on or off).

Bras (like high heels) are not the most comfortable contraptions.  But if you invest in a good one, you may find it to be more comfortable than you thought possible.  I recommend the brand Soma (and they didn’t even pay me to say that). Fabulous bras.

There’s just a lot to be said for wearing a decent bra.  Money. Well. Spent.

I know.  This has NOTHING to do with sex.

But I have been harboring stupid guilt about this for too long and had to confess. Seriously. I only recycle if it is somewhat convenient for me.  I’m trying to be better, though, so keep that in mind before you flee me completely in pursuit of a more eco-friendly sex blogger.  I. am. trying.

If you are giving even a passing glance to movies, TV and other entertainment, you will find some common themes regarding sex…

Sex among singles is painted as exciting, adventurous, fun, amazing and thrilling. Sex within marriage is painted as boring, obligatory and nearly non-existent.

In subtle and not-so-subtle ways, we have been bombarded with this idea that all the great sex is happening outside of marriage.

And that’s just plain sad. The potential for the best sex is in marriage, because it is the only place where God is thrilled with your sexual oneness!

I think some married Christians are afraid to really enjoy sex.  Or they have not learned how to enjoy it.

Or maybe they equate sexual pleasure with sin.  Or possibly they have believed the lie that the only way to have sex is missionary position, in the bedroom, with the lights out. God forbid anyone utter a sound of ecstasy.

Many married Christians need to simply lighten up and enjoy making love with the person they married.

Sexual pleasure and sexual connection between a husband and wife was God’s idea.  Orgasm was God’s idea.  Orgasm is such an incredible experience, right?!  And God designed it.  If ever we wondered about His generosity, we married folk need to look no further than orgasm. I have entire page on my site with posts about orgasm, in case you are interested.

People often ask me what is “okay” Biblically to do sexually.

The rules are really rather simple, in my opinion:

(2) Neither you nor your spouse are getting hurt (physically, emotionally, spiritually).

In other words, you have a lot of freedom within the safe exclusivity of your marriage to thoroughly enjoy and explore sexual intimacy.

Want to try different positions? Great!  Want to wear sexy lingerie?  Go for it! Want to give and receive oral sex? Have fun! Want to tell each other exactly what you want to do to one another sexually?  Revel in it!

If you’ve ever heard that saying (or some version of it)… he wants a lady on the street and a freak in bed…  I think that is not too far off.  And by freak, all I mean is sexually uninhibited, interested in sex, enthusiastic about pleasing her husband sexually, passionate about enjoying her own sexual pleasure.

I believe we would be a happier and more authentic body of believers if we took to heart what the gift of sex is to a marriage.

If we lived the gift and embraced it, rather than downplay it, we could more genuinely profess Christ and allow our lives to be an example of pursuing holiness for His namesake.

There you have it.  9 things I would say about sex if I had no filter.

Aren’t you glad I have a filter?

For more reading, check out Hot Holy Humorous post 8 Things I Would Say About Sex if I had No Filter and Paul Byerly’s post Filter Down! (What I Really Think About Sex).  I have started a filter-less revolution!  Kind of.