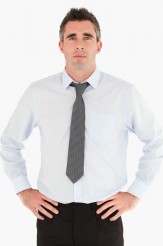 I realize some husbands are insensitive and walking way outside God’s lines with some of their sexual requests.  And that’s just plain wrong.

So if you are reading this and you’re that guy… stop it. Stop being careless with your marriage.

I also know, though, that there are many husbands who really are good guys.  And they want godly sexual intimacy with their wives.

And that is a good thing.

Yet, some wives don’t see it as a good thing that their husbands desire sex.

Either way, they are… well… you get the idea.

I’m simply trying to point out an irony that seems to be carelessly overlooked in too many Christian circles.

I recognize the pain. The work of the enemy in it all.  The deep wounds and scars that betrayal leaves in its wake.

Horrendous pain all the way around is certainly the calling card of confessed or discovered sexual sin, as those who have lived it will attest to.

All things considered, it really should come as no surprise why I’m so passionate about the need for nurtured sexual intimacy in marriage.  I am compelled to point out difficult ironies because I care about your marriage.

Too often when a man seeks sex with his wife — or tries to point out that sex is an issue in the marriage — there is not enough credence given to his voice.

He is downplayed.  Ignored.  Or worse, ridiculed. He is made to feel ashamed for his healthy sexual desire.

Yet, he is speaking about something and desiring something that is completely biblical and expected of him as a husband.

He is not being unreasonable because he wants sex on a somewhat regular basis with the one person God has told him to have sex with.

In general, as the church — the body of believers — we have become experts at vilifying pornography and infidelity with the loudest of voices.

And, at the same time, we generally have been hauntingly silent when it comes to speaking positively, specifically and frequently about the need for and value of nurtured sexual intimacy in marriage.

And we are fooling ourselves if we think promiscuity, pornography, infidelity, sexual abuse and sex trafficking are the only sexual matters that grieve God’s heart.

He is grieved also when a husband and wife are not mutually enjoying, pursuing and holding in high regard His gift of sexual intimacy.

3 Things Your Husband Wants in Bed?

Well, most the husbands who reach out to me in desperation for advice do deeply love their wives. And they would give these answers to the above question…

1. He wants a wife who wants him sexually.

Yes, I get that you think he is a good provider.  And a good father.  And you maybe even consider him a really good friend — your partner in this thing called life.

But he also needs to know you desire him sexually.

We as wives really can’t comprehend how much a husband feels validated if his wife desires him sexually (unless you study this sort of thing and/or are paying attention in your marriage).

It’s hard for us to understand, because most wives would say they feel validated when their husband is nice to them, shows them compassion, listens attentively.

One way is not right and the other way wrong.  Both ways are right.  Just because what helps him feel respected and validated is different than yours, doesn’t mean his way isn’t worth your attention.

He wants you to want him sexually.

If your husband is like most, he doesn’t want a wife who simply goes through the motions.

To make your body available — yet withhold your heart, enthusiasm and attention — is almost as painful as if you didn’t even offer your body.  At least that’s what the guys tell me.

And this isn’t about trying to create the perfect sexual adventure or pick out the sexiest lingerie.  Nope.  It’s about you being you and looking forward to making love to your husband.

3. He wants a wife who enjoys sexual pleasure.

This is the crux of many sexual struggles — the wife is not experiencing orgasm and/or she is indifferent about climaxing.

God designed orgasm for both a husband and a wife, and the reality we have to navigate is that a wife getting there is usually more complex than a man getting there.

BUT — and here’s the tipping point to it all — a wife getting there is possible.  With some vulnerable communication, a willingness to spend more time on foreplay and a devotion to understanding the wife’s body.

She needs to help him understand what is arousing for her.  He needs to be willing to let her show him and teach him.

Honestly, one reason I like sex so much is because I like orgasm so much.  And I like it with the man I married, who appreciates my sexual pleasure as much as his own.

With everything in me, I believe most sexual struggles in marriages not only can be healed, but also can be redeemed and made into something amazing.

I’m exhausted with people trying to tell me that sex doesn’t matter in a marriage.   Too many broken marriages and distraught emails — not to mention the Bible and the entire industry of marriage counseling — tell me otherwise.

We need to listen to common sense, God’s Word, our spouse’s heart cry, and to the truth that is revealed in a marriage bed when sex rarely or never happens.

The truth begs us to change unhealthy patterns.

Do you know what your husband wants in bed?

50 thoughts on “3 Things Your Husband Wants in Bed”