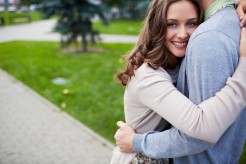 I have a doctor friend who says she never grows weary of studying the human body.

“It’s just so fascinating,” she said to me once, even after having spent months and years trudging through the grueling demands of medical school.

(Ya would think after all they try to shove into a person’s brain during medical school that other career choices would start to look more appealing, but not to her).

All that study made her falling-down-drunk on knowledge of the human body.

I admit, she’s kind of right. I mean, I wouldn’t ever want to go to medical school, but the human body is fascinating.

Just consider the intricate processes that must happen so that we can breathe.

And walk.  And recognize the difference between sarcasm and sincerity. And get out of the way of wayward buses. Or wayward grizzly bears.

And get a minor cut and not bleed to death (even though the same blood seems to gush around our bodies internally every day without a care in the world about clotting).

The word “fascinating” hardly captures all that is going on in our bodies — all that we take for granted.

I kind of have the same enthralled curiosity about sex.

Not just the experience of it (although, I must say, that alone is worthy of praise).

My curiosity also is piqued when trying to grasp it within the context of the Lord as a Creator.

Seriously.  Am I the only one who stands back and thinks, “Wow, God. Just wow! Kudos to you on the whole sex thing.  Well played. Well played.”

3 Things Sex tells us about the Lord…

1. He understands the power of pleasure.

He didn’t have to put the pleasure in it, you know.  I mean, He is the Lord after all, and He could have done it anyway He wanted to.

He could have made sex only about procreation.  He could have made it much more rote and predictable and mechanical, so to speak.  One-dimensional even, reducing it to something that has nothing to do with all five senses, let alone the more elusive quality of sensuality.

Part A. Slot B. Procreation only.

But instead, He made it messy (literally and figuratively).  And involved.  And lavished with undercurrents of emotion and physicality.

He crafted it as something sacred and dripping with raw pleasure.  And though we know sexual pleasure isn’t just about orgasm, it is indeed also about orgasm.

And that experience — that feeling of climaxing — is one that is not replicated any place else in the human experience. An adrenaline rush may come close, but still… not quite the same thing.

The Creator of the universe saw to it to put that in.

How generous of Him.

And please don’t offer up that old lame argument that “He had to put the pleasure in or humans would never do it.”

Really?  That sounds like bait and switch.  Tricky God.  And we don’t serve a Lord who tricks us into doing things.  He kind of calls it like He sees it, lays it out there, tells us what to do and not to do.

He’s not tricky. He is generous.  And the clitoris was His idea.  It serves no other purpose but sexual pleasure in a wife.  How can we possibly explain that other than to at least give Him some props on understanding the power of pleasure?

Considering the power of sexual pleasure, not to mention the mingling of souls that happens when two people make love, we can’t help but recognize how much the Lord trusts us, right?

He chose to trust us with that kind of power, knowing full well the landscape inwardly and outwardly is wrought with temptation to misuse sex.

And yet He says, “I give this to you as gift for your marriage. A gift. I trust you with it.  I trust you have the potential to guard it, nurture it, keep it sacred.  Enjoy it.”

Sex is a vivid reminder of how much He trusts us.

3.  He knew marriage would be hard.

It’s like God just knew the fairytale feeling would fade.  The wedding cake would be gone.  The cash from the dollar dance would run out.  The well wishers standing on the sidelines would wander off.

And what would be left would be two people who had to figure out how to build a life. Together.

Build. A. Life. Together.

Marriage is so hard.  Ugh.  So hard.  We are sinful people, easily bent toward selfishness and sin more quickly than we are bent toward sacrifice and humility.

Marriage is not for the faint of heart, that’s for sure, especially if you want a marriage that thrives rather than just exists.

Is sex your safe place with your spouse?  Does sex help you be a united front, pushing back on the chaos of life that is almost militant in the way it wants to drive the two of you apart?

Sex is also about living out your one-flesh covenant in a way that binds you together.  To enjoy life. To endure life. To find common ground. To have each other’s backs.

To not let the demands of wee little children and arrogant demanding bosses and obnoxious meddling in-laws force you into separate corners.

Instead of the separate corner travesty, why not huddle in the same corner together and have amazing sex?

God will meet you there and remind you why you need to do this sort of thing more often.

He understands the power of pleasure, He trusts you and He knew marriage would be hard.

17 thoughts on “3 Things Sex Tells Us About the Lord”