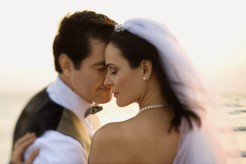 Occasionally, I receive a comment or email from someone contending that sex really isn’t all that important in a marriage.

The person usually admits that they rarely or never have sex with their spouse, yet they are “the best of friends.” They thoroughly enjoy their life together.

Well, my “Cliff’s Notes” version response is this:   A marriage without sex isn’t really a marriage.

Keep in mind, I’m not talking about marriages that are dealing with chronic illness, injury or long-term separation (military deployment, job commitments, etc.)  Certainly there are marriages navigating challenges that make sex difficult at best and impossible at worst… yet, the marriages are incredibly strong.

Nope, I’m not talking about those marriages.

I’m talking about the rest of us who really have no valid justification for not nurturing sexual intimacy with our spouse.

Below is my extended response when someone argues that sex isn’t all that important in a marriage.  Consider that…

Marriage was God’s idea. And because of that, we would be wise to understand how and why he differentiates it from other human relationships.

When two people marry, they become one in such a way that any division of that relationship has significant spiritual implications (not to mention emotional, societal, etc.)

If we were to bring this down to bare facts, they would look like this:

1. God is the author of marriage.
2. He said sex is a necessary and enjoyable part of marriage.
3. Marriage and sex go together.

God’s Word isn’t just about the bare facts, though, is it?

Read the Word.  Sex and marriage go together.  One is never intended to exist without the other.

So when someone says sex really isn’t important to a marriage, I think they aren’t experiencing marriage as God intended.

2. We shouldn’t help another person sin.

Okay, I’m going to traipse down another spiritual aspect here.   How important is it that we not be party to helping another person sin?

“So whether you eat or drink or whatever you do, do it all for the glory of God.   Do not cause anyone to stumble, whether Jews, Greeks or the church of God…” (1 Corinthians 10:31-32)

I know where you think I’m going with this.  If a wife denies her husband sex, he is more likely to have an affair (or vice versa).

Honestly, I do think there is some truth to that, but that’s not the overall point I’m trying to share.

Because even if a husband and wife who are not having sex never step out into adulterous or promiscuous behavior, they still are accommodating each other’s sin.

God never said sex was an optional aspect of marriage.  He commands us to do it (because He knows how soul-drenching, binding and pleasurable it is for us, but many people lose sight of those benefits).

When God tells us something is important… even going so far as to tell us to do it often… and we don’t do it, what is that called?  It’s called sin.

We can debate semantics and swim around in a bunch of theological jargon, yet I believe in my heart we are still going to arrive at the same conclusion — when we disobey God, that’s sin. And when we help others disobey God, we are helping them sin.

If we peel back the layers on this even further, we realize that a married couple negligent or indifferent with their sexual intimacy may also be causing other people to stumble.  If you don’t value sex in your marriage, what message does that send to your kids and others around you?

“But no one knows what’s happening in my bedroom, Julie.”

True. They may not privy to the details, but my guess is that your children (and possibly those in your circle of influence) have at least a sense of how you feel about sex, whether it be by comments you make or attitudes you carry.

Not having sex in marriage AND simultaneously believing it’s no big deal to not be having sex — this is not the common experience, right?   So if a married couple lives this out in their lives and reflects it out to the world, is that really helping or hurting marriage overall?

Are we perfect? No.  But are we called to heed God’s instructions and do all we can to move in that direction, even though we might not always get it right?  Yes.

3. We rob ourselves when we don’t value sex.

It grieves me to think of how sexually unavailable I was in my first marriage. And I now realize that I wasn’t only robbing him, I was robbing myself as well.

To say that sex is no big deal in your marriage — not worth your time and effort — is really in a sense saying you and your spouse are not worth something astounding God wants to give you.

Why would you want to concede to that when indeed it is not true?  You and your spouse ARE worth it!

Is sex really all that important in marriage?  All things considered, I’m going to go with an unequivocal  “yes” on that question.  But if you want to try to convince me otherwise, feel free to plead your case.

44 thoughts on “Is Sex Really All that Important in Marriage?”