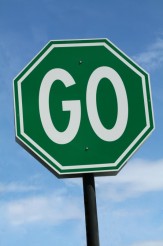 What constitutes “a lot” of sex?

What is considered “enough” sex?

In nearly all marriages, at some point or another, a couple finds themselves struggling with, debating, avoiding or simply discussing this matter of sexual frequency.

It becomes either the elephant in the room — or the thorn in someone’s side — or the root heartache behind every argument.

In rare cases, for some couples, it is a moot point because they are having so much sex that it’s hard to keep track. (My husband and I are often in that camp. Not always, but often. I think our batting average would make seasoned major leaguers jealous).

No pun intended, but I bring up this frequency issue because I just read possibly the best post ever on How Often Should You Have Sex?

Seriously… scamper on over to that post. I’ll wait. (Picture me casually singing show tunes in my head, waiting patiently for you to return).

With regard to this whole frequency issue, I do think many factors affect it — BUT, I definitely agree with Mrs. Hot Holy & Humorous in the above-mentioned post.

If a couple isn’t nurturing their sexual intimacy on a regular basis… (and by regular… once a week is a good goal, but more is better)… then the lack of intimacy is likely taking a huge toll on their marriage.

Those who are not nurturing sex can try as they may to say sex “is no big deal” or “isn’t a need.”

But truth always trumps selfishness.  The truth is that sex is a soothing balm with numerous benefits — tangible and intangible.

And there are many, many marriages where there is absolutely no reasonable excuse for not nurturing intimacy.  They aren’t in the midst of horrendous trust betrayals.  They aren’t navigating debilitating illnesses or injuries.  They aren’t separated by military or work-related commitments.  Nope.  I and other marriage bloggers (not to mention countless professional counselors) recognize that some situations make sexual frequency a more difficult matter to navigate.

But I didn’t write this post for those situations.

My heart and words in this post are for the couples where frequency is something that has been neglected for no other reason but careless attention to detail by one or both parties in the marriage.

Have sex often because you, your spouse and your marriage are worth it.

Have sex often because it’s an amazing way to worship the Lord.

Have sex often because that was part of the deal to which you agreed when you gave your life to this person you love.

Have sex often, as often as you possibly can.

Have sex so often that you can no longer keep track.

And it should be “enough.”

17 thoughts on “Why You Should Have A Lot of Sex”