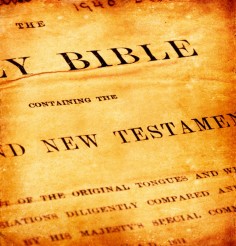 I received an interesting question from a reader the other day.

He was pondering on whether men who are not more assertive in their spiritual leadership role are more likely to have sexless marriages?

I have to admit that his question got me thinking.

What it initially piqued in me is how sometimes a wife will say she wants her husband to be the spiritual leader in the home — but then she wants to be the one to qualify what leadership really means.

Be the spiritual leader…. but don’t discipline the kids unless it’s how I would do it.

Be the spiritual leader… but don’t try to discuss my spending habits.

Be the spiritual leader… but don’t dare tell me that you desire more sex.

Be the spiritual leader… but don’t talk to me about my mother being too involved in our lives.

You get the point.  I kind of addressed this same concept the other day in my post Is Marriage More Than Sex.

In that post, I touched upon the tendency of some women to romantically gush over the idea of one-flesh, but when it comes down to actually living it literally and figuratively… well, they lose all interest.  Because, honestly, that requires maturity, self-sacrifice and a willingness to look at hard issues when they arise.

My reader’s question is one worth digging into.

Have some husbands, even under the best of intentions, gone too far to keep peace? And by doing so, have they enabled their wives to walk in the sin of withholding their body from their husband?

If that question right there is making you feel a wee bit jittery, it could be because you see that dynamic playing out in your marriage.

You as a wife call all the shots.

You hold all the keys to when sex happens — or even if it does happen.

You (maybe even righteously) bank on the fact that “he won’t ever leave me” because “he is a Christian.”

Now, just to be clear here, my reader wasn’t saying (nor am I) that a husband should be able to demand sex at any time…or that he should lord scripture over his wife.  BUT… and this is a crucial but… he indeed should be able to lovingly, yet firmly, call his wife on the carpet about her careless disregard of 1 Corinthians 7.

In general, the Christian community would not fault a husband if he walked in his leadership role in other areas, right?

We would see it as wise Christian stewardship if he confronted his wife about her careless financial habits.

Or if he expressed his concerns about his wife compromising his authority in front of their children.

Or if he pointed out that her inordinate amount of loyalty to her extended family was chipping away at the foundation of the marriage.

But when it comes to sex?

If he steps up and gets firm about his frustration with the lack of sex… or about sexual intimacy struggles going unaddressed… well then, sadly in some Christian circles, he is painted out to be nothing more than a selfish pig who needs to control his desires.

I’m sorry if I’m sounding harsh.  I don’t mean to.

And I do know that all of the above scenario can be flipped as well… a husband sometimes is the one sinning in those various areas and he is the one who needs to be held accountable.

But for right now, I simply encourage you to look closely at this question with regard to your position as a wife in a Christian marriage…

Do you really want your husband to lead?

If you do and he has been trying to, then encourage him in that leadership.  Receive it more than you fight it.

If he has not been trying to, then foster his courage to step more into that role.  Intentionally shed light on the matter. Be willing to study scripture together so you both can better understand what it looks like for each of you to walk the path God has shared in His Word.

Do you really want your husband to lead you sexually?

That is an important part of the equation.  Together you can figure out and enjoy what spiritual leadership means to your sexual intimacy.   I can guarantee this… it is drenched in love and God’s Word, not in demands and division.

It may take courage to do this, but if you know there are loose threads of this dynamic causing pain and discord, possibly use this blog post as a springboard to a deeper conversation…

11 thoughts on “Do You Really Want Your Husband to Lead?”