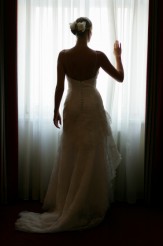 I didn’t just write that in the headline, did I?

“Whoa, Nellie.” I can feel the glares, especially from some of you wives reading this. But please don’t board the “I’m so offended” train just yet.

I do have a point.  I always have a point when it comes to writing about sex.  That’s my thing, you know.

It may be a brilliant headline with clever play on words.  But even I will admit that I offer it up tongue in cheek. It may catch your attention (and possibly even the initial agreement of some sex-starved husbands), but make no mistake, such a statement is just packaging to something much more intricate.

If life were a zoo, the marriage “habitat” would be large and bewildering.  It would consume nearly all of the zoo’s resources and have dozens of “zookeepers” milling around, doling out boatloads of advice on how to best run the exhibit.

Those who actually live within it would indeed feel lost at times. Maybe even annoyed and discouraged with the terrain.

I know full well, as do many of you, that what makes for a “happy husband” or a “happy wife”  can’t be reduced to simply having sex.

Anyone who is passionate about helping couples in their intimacy, including me, knows that when it comes right down to it, nurtured intimacy takes effort.

A lot of effort.

Every day I hear from husbands and wives navigating with their own individual sense of what “effort” even means.  And usually when there is discord, we are quick to notice the lack of effort on our spouse’s part.

I know husbands who are hungry for more sex.  But if asked, nearly all would admit they don’t just want the availability of their wife’s body, but the full attention of her heart and soul at the same time.

Obligatory sex — especially on a regular basis — is not quite the real deal, no matter the lengths to which we go to convince ourselves otherwise.

There is a bit of irony in it all — how a husband can end up feeling diminished after having sex with his wife who communicated (verbally or non-verbally) her disdain for such activity.  She did it.  But she didn’t really show up, if you know what I mean.

Even more ironic in such an encounter is that simultaneously she also may be feeling cheapened. She may assume all he really wants her for is her body, not her heart and mind.

When such a pattern replicates itself on a regular basis in a marriage, we are left with two people who go through the motions of sex, but both end up feeling worse than they did before the clothes were coming off.

To be fair, I also hear from wives who are longing for more sex from a physical standpoint. They want to feel the body of their husband, who unfortunately is reluctant or outright unavailable sexually. (I know… for some of you husbands reading this, you find it unthinkable that there are actually husbands out there who don’t want to have sex, but trust me, there are.)

More often than not, such wives who are longing for the physical touch would be quick to point out that their deeper desire is for the nakedness of their husband’s emotions as well. They don’t just want him for his body.

See what  I mean.  Complex.

Before you assume I’m trying to over-complicate sexual intimacy in marriage, that’s not my heart’s motive at all. It’s just that my radar is quick to discern careless attempts to reduce all sexual struggles down to a frequency issue.

“If we were just having more sex, then sex wouldn’t be such an issue in our marriage.”

Quantity is a poor substitute for quality.  Quantity plays a role, but it is a supporting role, not the leading role.

In my humble opinion, happy husbands — and happy wives — come from marriage where the hard work of nurtured intimacy (sexual and otherwise) is a foundational tenet. Not because we all want more hard work in our lives, but because hard work leads to profound richness.

When there is a sexual void and/or betrayal within a marriage — when it is a point of contention and heartache, regardless of the circumstances — it becomes a noticeable thorn and fracture within what is supposed to be the most sacred of human relationships.

On the other hand, when there is sexual oneness within a marriage — when a couple is paying close attention to their intimacy  — it becomes a noticeable salve and bonding agent that even the Enemy himself cannot breach.

Some people may try to say that “sex doesn’t matter” or “is no big deal,” but everything within us tells us otherwise — at least if we grasp marriage in the way God designed it.  Sex does matter. There is reward in raw vulnerability that draws us closer, even though such vulnerability carries with it huge emotional risk.

If any part of that statement is true, I guarantee it’s not simply because of frequency.

25 thoughts on “Happy Husbands Come From Wives Who Put Out”