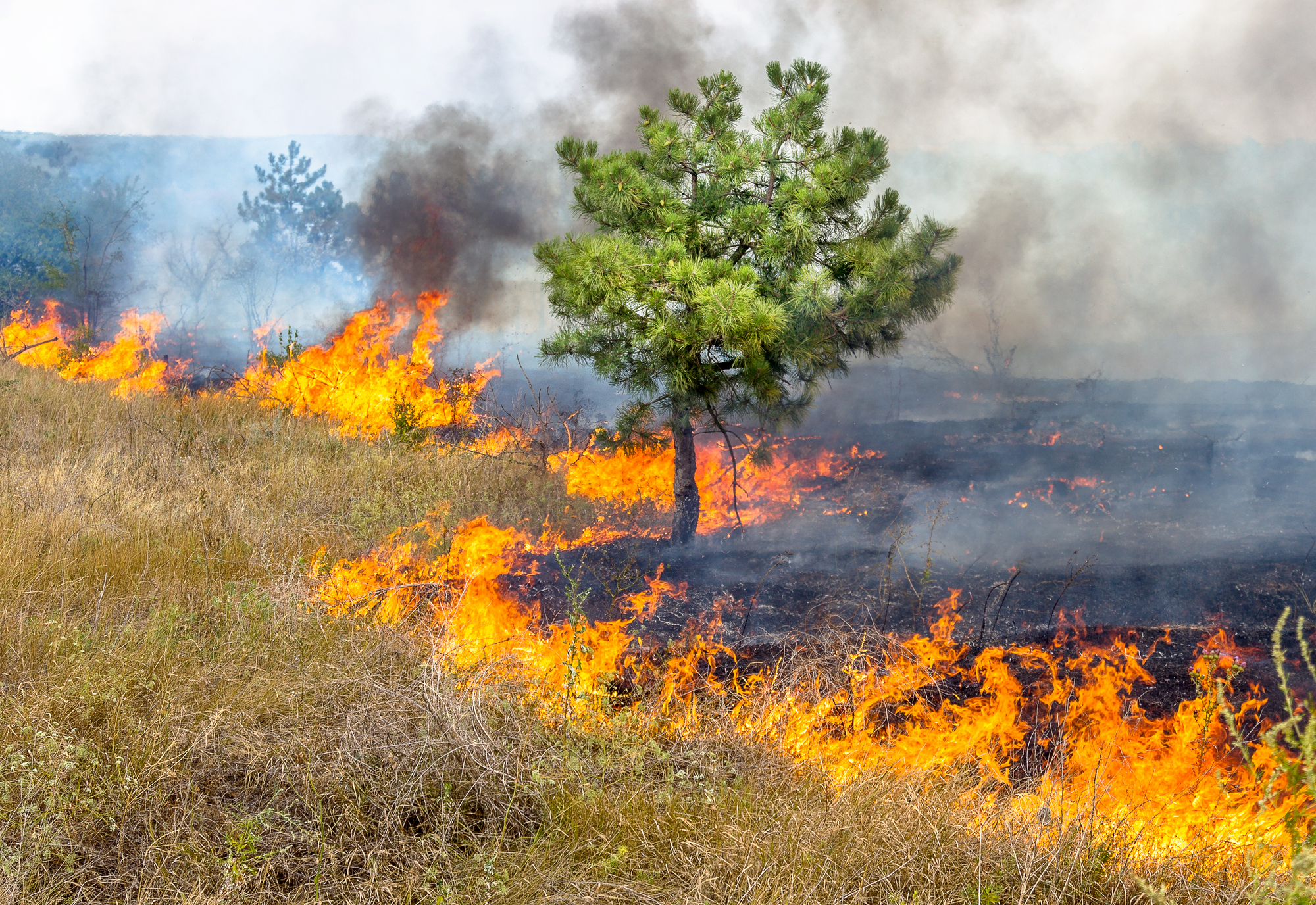 I was watching the nightly news, and there was a story about the wildfires in California.

One gentleman interviewed was standing near his house, which wasn’t destroyed. In fact, his entire property—the lawn, the fences, the landscaping—appeared untouched.

All the properties around him, though, and all the foliage and trees outside of his property line were scorched.

His property looked almost pristine amidst devastation. He said he kind of had “survivor’s guilt” over his property surviving while his neighbors all lost their homes. Beyond his property line looked absolutely desolate, smoke still rising from the blackened earth.

So why did his property survive while others were lost to flames?

He explained to the reporter that over several years, he had systematically done specific things to guard his house against wildfires. He had cleared brush and debris, removed some trees, and established a lawn. He made sure that all the way around his property—not just his home, but his entire piece of land—he had established an extensive zone where there was nothing that could burn.

He knew what he wanted and he put into action what it would take to achieve a home and land that could survive a wildfire.

What I found super fascinating is that he didn’t have elaborate and expensive fire protection reinforcements. He did what appear to be simple things, yet he did them thoroughly, and he continued to maintain them. He did things that people who fight forest fires would say were the exact things that needed to be done.

As I think back to the gentleman in the story, standing by his home untouched by devastating fire, I wondered if some of his neighbors thought he was overthinking it a bit when he was making all those changes to his land. Maybe some people thought he was wasting time (and maybe even money) in fireproofing his property.

Regardless of whether people thought he was being overcautious, clearly he just stayed the course. Clearly he saw his goal—a protected home and property—and he set about making that his reality. And in a matter of minutes, his hard work paid off. As horrendous fire swept through the land surrounding him, his intentional plan of action paid off.

I can’t help but think of the quote by Robert Brault. “Enjoy the little things, for one day you may look back and realize they were the big things.”

Yes, I know that quote more accurately captures the essence of life, as I imagine was Brault’s mindset. But we can hijack it a bit in this scenario.

How intentional are you in doing the little things to build up and protect your marriage?

No matter how long you have been married, it’s never too late to start making even simple changes that could have lasting and monumental impact.

As you know, all wildfires start small. That’s the case with many of the problems that chip away at a marriage, too. They start small, but gain momentum, sometimes rather quickly. Sometimes they smolder for a long time before taking off and causing unfathomable damage.

A little intentionality can go a long way. Think about it. Talk with your spouse. Don’t wait until “wildfires” are burning out of control and threatening to take from you that which is precious. Instead, be intentional, make specific proactive changes and then maintain those changes going forward.

I bet the guy in the news story wishes the fire never would have come. But I bet he also is grateful that when it did come, it didn’t burn down something that mattered to him.

It’s kind of like that with marriage. Sure, we hope the “wildfires” never come. But if they do, don’t you want to make sure they don’t consume something that matters to you?

Do what you can now to keep your marriage from burning down later.

One thought on “Can You Protect Your Marriage from Burning Down?”