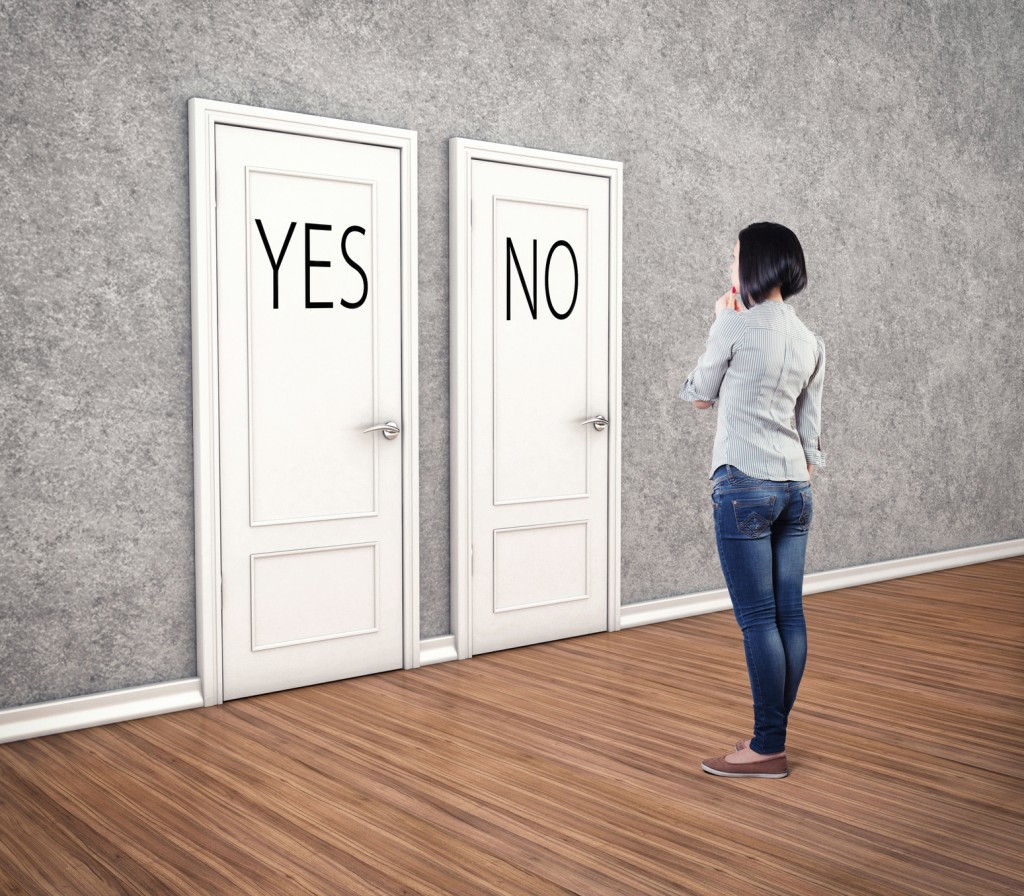 And more often than not, it’s a dilemma for wives, whose husbands want to do something sexually that really turns the wife off.

Just to be clear, let’s remove from the picture anything that biblically would be off grounds.

I’ve talked before about what’s okay sexually.  As long as exclusivity is maintained (no third parties real, portrayed or imagined), neither spouse is getting hurt (physically, emotionally, spiritually), and the Lord doesn’t expressly forbid the sex act in question, then I think married couples have tremendous creative liberty in their marriage bed.

Even within permissible sexual creativity, though, it’s not surprising that some couples can’t agree.

What turns one on sexually is a big turn off to the other one.

For example, a husband may be turned on by giving oral sex, but his wife doesn’t like it.  It’s not that she thinks it’s off limits biblically; it just doesn’t turn her on.

Or a wife is really turned on by receiving oral sex, but her husband doesn’t like giving it.

Maybe a husband is aroused by seeing his wife in lingerie, but she can’t stand putting it on — feels self conscious or objectified, even if that’s really not his heart’s intent.

Or a husband loves the feel of his wife’s breasts on his penis, but she doesn’t care for this.

These are pretty tame examples.

I’m sure if we bantered at length over coffee (you know, in your average everyday roundtable talk), we could come up with countless specific things that turn one spouse on, while turning the other spouse off.

If you reflect on your own sexual intimacy and see a few scenarios that would fit this dilemma, what should you do?

Here are a few questions to ask yourself:

1. Is our sexual intimacy a unique blend of giving and receiving?

Sex in marriage should never be about one spouse’s sexual desires and requests always superseding the other spouse’s.  One of you can’t hold all the cards of being able to deny something or desire something.

As a married couple, you have to learn a dance of sexually giving and receiving.  Ultimately, that is how you reach a place where you both enjoy sex and pursue it.

Maybe you could share this blog post with your spouse, and the two of you together could humbly look at your intimacy in a new light.

2. Do we have reasonable expectations?

If it turns your husband on to have you lick his testicles, his request isn’t necessarily unreasonable — unless he expects you do this every time you make love and/or he’s never willing to take steps to make the experience more tolerable for you (like taking a shower before sex).

I think the only way to reach reasonable expectations in sexual intimacy is honest communication.

So, if there’s something that really turns you on, don’t be vague in your desire about it or wait for your spouse to read your mind.

Express your desire maturely and compassionately.

And if your spouse shares with you something they would really like sexually (that isn’t off limits, as we’ve already clarified), make your best effort to hear them and honor them.  You gain great marital harmony with the words, “I wouldn’t mind trying that every now and then, but not every time.”

Key to all this is respect.

Doing something sexually with a chip on your shoulder is a real mood killer.

3. Am I turned off because of pre-marital promiscuity?

Dig deeper as to why something is a turn off for you.  Sometimes, if something was part of your or your spouse’s pre-marital promiscuity, it can take effort to grasp that context means everything.

For example, if you are turned off by oral sex or sex in the car or sexual play in the shower simply because those were things you did before you were married, I encourage you to entertain a new perspective.

The same sexual experiences in the context of your covenant marriage are rich with possibility of sweet and sacred sexual oneness.  You are married. Sex is no longer a forbidden playground.

4. Have we asked each other what turns us each on?

Sometimes it’s just a matter of learning new ways to arouse each other. You can do this either by asking and/or by simply trying new touches, techniques or ideas.

The more you focus on what you both like, the broader your sexual repertoire when you crawl beneath those sheets.

What is surprising to some wives and husbands is that they didn’t even know something was a turn on until they tried it.   This is certainly the case with me and my husband. I’m not going to share the details, but there are things we’ve done sexually that I never would have imagined would have been so arousing.

And I’m not just talking about him arousing me, but also what it feels like to bring sexual pleasure to the man I love in new and creative ways.  Turning him on is a turn on for me, even if the particular act wouldn’t be my first choice.

When all is said and done, you have to decide mutuality is a foundational cornerstone to your sexual intimacy.  If what turns your spouse on turns you off, don’t let that be the end of the conversation.

There’s more sexual ground to explore to better nurture your intimacy.  Like I said, you might be pleasantly and shockingly surprised at the turn-ons you discover along the way.

26 thoughts on “If You’re Turned OFF Sexually by What Turns Your Spouse ON, What Should You Do?”