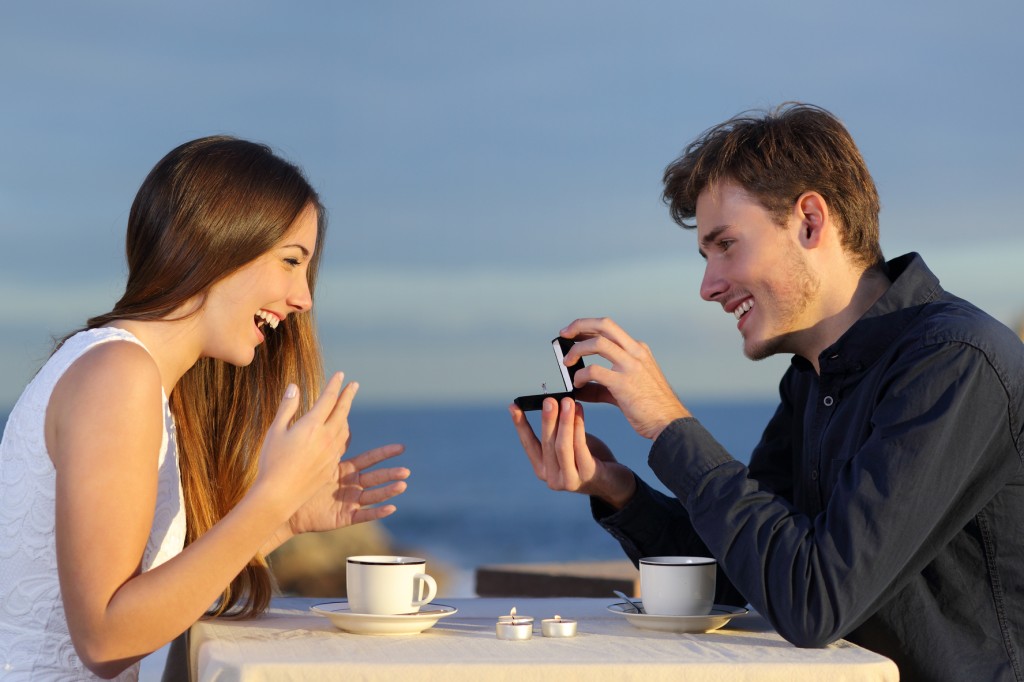 Over the years of speaking and writing about sex, I’ve noticed common themes in the sexual struggles — what they are, when they started, what it takes to face them and overcome them.

One tendency that is particularly prevalent (and troubling) in the Christian community is we haven’t equipped young marrieds in how to talk about sex.

And that’s probably because we don’t do a stellar job in teaching engaged people how to talk about sex.

And that’s probably because we are afraid.

We as a body of believers are afraid that any mention of sex beyond vague not-so-helpful generalities is going to ignite uncontrollable passion between these two people who are madly in love and picking out tux colors.

Here is my problem — my heart’s cry, you might say — with this fear-based line of thinking.

It presumes temptation is inherently stronger than self-control.  And it presumes that silence is less detrimental than specific godly information.

(I won’t event throw in the irony of the church being so vague about a topic that young engaged folks are already exposed to, seeing how we live in a overtly-sexualized society.  The church withholding its voice from the arena really hasn’t done these young people any service.)

Back to those common themes I hear in the sexual struggles people vulnerably share with me in emails and comments.

So many Christian couples go into marriage with either a skewed lens or NO lens on how to build healthy sexual intimacy.  It’s no shocker that sex often then becomes a source of contention, confusion and conflict.

And those struggles can go on for years, leaving in their wake more collateral damage than we could really qualify.  Sometimes even landing marriages in divorce courts.

Making any kind of dent in limiting the tragic impact of sexual struggle has to include some kind of proactive plan, right?

I mean, we can continue pouring nearly all our effort into mending marriages after the fact —  you know, 10, 15, 20 years in, when sexual apathy and struggle have become the engrained habit.

We could start devoting some of that attention to setting the sexual foundation right from the get go.

Should we try to fix the gaping chest wound?

Or should we teach people how to stay healthy and occasionally use Snoopy bandages?

Sure, we need both.

But wouldn’t it be refreshingly biblical to have the church on the frontline of encouraging and equipping newly-married couples to not only build passionate intimacy, but also to heal sexual stumbling blocks before they become major roadblocks?

I am so passionate about this topic (I’m hoping you gathered that by now, what with all my subtle writing and haphazard use of words like “tragic” and “sexual struggle”).

It’s just that I know — genuinely know — that many of the struggling marriages I hear about could have benefitted tremendously from better sexual information and encouragement at the start of their covenant.

“But Julie, you do realize a lot of these engaged Christian couples are already having sex, right?  I mean, what’s the point of trying to talk to them about sex in marriage?”

I’m not naive and I know that countless engaged Christian couples are already having sex.

But here’s the deal. Whether a couple is already having sex or they have maintained their sexual purity, the REALITY is they still need God’s vision for sex in marriage.

The church is in the BEST position to talk about sex, because we have the truth.

We have the relationship with the One who created it.  The One who could have designed marriage any way He wanted, and CHOSE to intertwine sexual oneness into that design.

I cannot fathom that He would forge into marriage the mystery and power of sex without also wanting us as a body of believers to share His vision of sexual intimacy.

So, if you are engaged, I want you to talk about sex with a heart to seek after God’s Word and truth, to listen to mature Christian counsel, and to invest in solid Christian resources.  A big reason I co-authored the book Pursuit of Passion: Discovering True Intimacy in Your Marriage is because I want married couples better equipped!

5 thoughts on “Engaged? The Church May Have Done You This HUGE Disservice When it Comes to SEX”