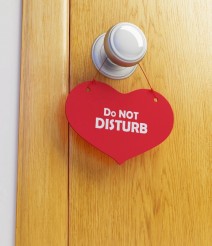 I have forgotten nearly every wedding I’ve attended.

Sure, I remember snippets here and there; moments that stand out.

A humorous speech at the reception.

Or this one time when a pastor said something particularly shocking — yet so spot on — during the actual wedding ceremony.

For the most part, though, the further we get away from the day of a wedding, whether it is our own or someone else’s, the hazier the details become.

(I mean, are you thinking of your own wedding right now and realizing you can’t even remember what your tux looked like or what you said during your vows or what was served at the reception?)

Marriages, on the other hand — particularly of people I know well — are emblazoned on my heart and mind.

Awhile back I used to speak on abstinence in our local public schools, and at one point in the program, I offered the young people this suggestion:  “Learn from the marriages around you.   Learn what you don’t want in your own marriage some day.  And learn what you DO want.”

I knew statistics would show that a good portion of those kids would get married eventually.

And I wanted them to understand that a healthy marriage is not a fairytale wedding.  Nearly all marriages begin with some semblance of fairytale.  Rare, though, is the marriage that sets up camp in the fairytale.

Most move on from there, and the two people who stood at the altar must decide if they are going to build a relationship characterized by trust, friendship, vulnerability, respect, commitment, kindness, love, compassion, patience, forgiveness and selflessness.

It’s for the ones who are willing to invest in trust, friendship, vulnerability, respect, commitment, kindness, love, compassion, patience, forgiveness and selflessness.

All those characteristics are possible — and if we look closely at the individual marriages around us, we either see those traits or we don’t.

So where is the great sex?  Which marriages is it hiding in?

I’ve thought about this a lot.

Lucky for me, I’m not too hesitant to ask people about their sexual intimacy.  Usually, they are volunteering information before I even ask, once they find out my passion for encouraging marriages in this area.

More often than not, when two people are building a healthy marriage — characterized by those qualities I mentioned earlier — then they are also having great sex.

It is a byproduct of two people putting in the heartfelt — and sometimes painstaking — work of forging something that began with vows.

I’m always a little leery when someone says to me that their marriage is “great” but they are rarely or never having sex.  I don’t doubt that they believe it is “great.”  I just question if it is really all it could be or if their spouse would say the same thing.

We are a society that likes quick fixes and immediate gratification. We are conditioned that way — to get a lot for little.  But the healthiest of marriages are far removed from those kind of principles.

Look at the marriages around you.  Look at your own marriage.

Where is the great sex hiding?

8 thoughts on “Where Great Sex is Hiding…”