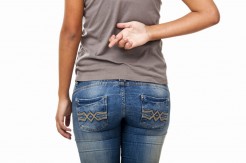 I’ve received a few emails and comments as of late that echo the below sentiment (or some resemblance of it):

Sex is the biggest lie of marriage.

In Christian circles, the angst of sexual refusal starts to feel eerily similar to a bait-and-switch scheme.

And for many Christian husbands (and some Christian wives), the pain of that reality is excruciating.

If I could roll all those emails and comments into one, the cries of sexual refusal in marriage would look something like this:

“You baited me into believing if I was a ‘good Christian’ who made a commitment to you — the person I love — that I would enjoy the fruits of that promise. I would get sex. You would want to make love to me.”

“And then you switched it up,” the discouraged sex-starved spouse would continue. “You reneged on your sexual availability, even going so far as to guilt me for even wanting it.  You held my promise over my head. Told me sex was a fringe benefit to which I was not entitled. You committed fraud against me, all the while seeing it as anything but fraud.”

I hear from many people, mostly husbands, who feel trapped by their Christian values, resentful of godly marital commitment that feels more like prison and punishment than pleasure and possibility.

They want to leave their sexless marriage, but aren’t quite sure how to do that and still stay right with God.

It is a paralyzing feeling.  It is a real feeling.

I don’t think so.

But I completely understand why some people feel that way.  If my husband consistently sexually refused me, I would be devastated. And resentful.

I actually think Satan is the deceiver, and he likes to partner with people who believe his lies. He has convinced many people that it is no big deal for them to refuse sex to the one person they vowed to love, cherish, honor and respect.

To the person with whom they vowed to have sex.

I’m not discounting personal responsibility and free will and our horrendous capability to sin by sexually refusing our spouse.  Nope.  All that is in the mix for sure.  I even wrote a post about the sexual sin no one will talk about (sadly, the post was wildly popular).

I’m just shedding light on the TRUTH that our battles are ultimately spiritual battles.

And sometimes those spiritual battles cut right to the heart of one-flesh truths.

But if you are believing the lies of the enemy, you’ll have hard time seeing it as a gift.  And in a sex-starved marriage, it’s hard work to change that course.  Those unhealthy engrained patterns of little or no sex likely emerged over time — and are now buried under  layers of emotions, unresolved hurts, confusion and so forth.

OR — in some cases — the issue really isn’t that complex at all.  No past abuse issues to work through.  No horrible betrayal within the marriage.  No looming medical problems.

In some marriages, one spouse just arbitrarily decided that sex wasn’t worth the effort.

How you got there may seem like the pinnacle question at first glance.

But the better — more worthy — question is, “What are you going to do to change things for the positive?”

Does someone in your marriage feel like sex is marriage’s biggest lie?  If so, Satan is doing happy dance, fueling the division, deception and despondency.

I don’t know about you, but I think Satan is a lousy business partner.  Especially when it comes to sex and your marriage.