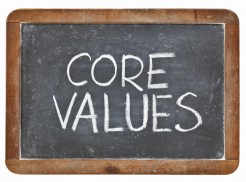 I know it comes as no shock that child pornography is a devastating reality in our world.

And I could write extensively about how far-reaching this problem is… in back rooms and bedrooms and storefronts.

All pornography is horrid, but there is something particularly horrific about the objectification of children, who are by all accounts society’s most innocent and voiceless members (especially in situations where they are coerced, forced, abused and threatened).

Yes, I could write about all that.  And someday I likely will.

Today, though, I want to write about something more subtle, yet still persistent in chipping away at godly and authentic sexuality.

It’s so subtle, that we tend to look right past it.

The latest example I believe is a new movie called “Bad Grandpa.”  Some of you may have seen the previews for this mainstream movie, which stars Johnny Knoxville and 9-year-old Jackson Nicoll.

Let’s cut to the chase.  There is a scene in the preview where Nicoll does a striptease and gyrates on a pole in front of an unsuspecting audience.  I know this may come as a shock, but by definition, that constitutes child pornography.

Yes, I know that this is hardly an apples-to-apples comparison to what is happening in situations truly intended as pornography, where children are forced to participate in more overtly sexual encounters.

Yet, I encourage you to have a discerning heart to the ways that the example of this movie and other instances in media also take a toll on authentic sexuality.  Such a slippery slope in the way sexual suggestion is warped and manipulated completely out of a right and holy context.

Is it no wonder that we live in a society that is increasingly defined by its skewed sexual perspectives, that we would find it “entertaining” and “comical” to see a child gyrating sexually on a pole while another person throws money at him? This indeed is sad commentary on the types of values that have been esteemed above the core values of God.

A woman I know will be interviewed about the movie on Friday, Oct. 25, on the Laura Ingraham radio show.  This will air 9:30 a.m. Central.  In my local area, this airs on 1290 AM (KOIL). You would have to check your local area to see when it will air on your local radio stations.

You can also find a Facebook Page on boycotting the film.

If anyone ever wonders why I strive so hard to be a champion for authentic sexual intimacy, it is indeed in part because I want my children to embrace God’s perspective on sex — rather than the lies that society continues to throw at them.

2 thoughts on “Child Pornography and the “Bad Grandpa” Movie”