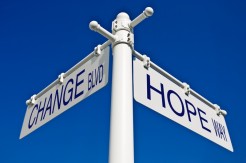 I promise tomorrow I’ll be back to talking about hot marriage sex.

Today, though, I am compelled to talk about a controversial topic making its rounds in the media.

I imagine many of you have heard of the New York Public Schools implementing a program to give teenage girls the morning-after pill to avoid an unplanned pregnancy.

This is referred to as the Plan B pill (I wish I could say “Plan B” was the street name of the pill, but sadly it’s the actual name given by Barr Pharmaceuticals, the company that makes it).

For years, there have been people advocating handing out condoms to teenagers and college students, as well as giving easy access to things like the morning-after pill, abortions and so forth — all in the name of, “Well they’re going to have sex any way, we might as well make it ‘safe.'”

Such thinking is skewed and tragic.

Don’t get me wrong… I think there is a valid need to prevent unplanned pregnancies, particularly among teens.

Unfortunately, the path of birth control and pregnancy termination for teens is leaving in its wake unfathomable devastation — not to mention making hypocrites of the very people fighting hardest for the “safe sex” agenda.

Why do so many adults herald the need for self-control in every other area of a teen’s life — yet at the very same time hold fast to the idea that sexual self-control is a completely unrealistic goal?

Self-control is a basic tenet of living in a civilized society, not to mention the one life skill that is most universally needed in countless situations if someone is to have a healthy life.

Nearly all societal ills and problems can be traced right back to a lack of self-control.  Whether we are talking about crime, addiction, greed, assault or fraud — as well as unplanned pregnancies and STDs and STIs — had self-control been in the mix, the picture would look a lot different.  A lot better.

As responsible parents, we put considerable effort into teaching children self-control from the time they are babies, right?

We teach them to wait. To be patient. To take turns.

If you want the swing and someone else is on it, you need self-control to wait for your turn.

We teach them to not eat the entire box of cookies at snack time. To go to bed at bedtime even if they aren’t tired. To sit quietly at Aunt Sara’s wedding even though they are bored out of their minds.

And before long, expectations from those around them begin to teach them too.

You stand in line at the grocery store rather than cut and demand that your desires be met right now.

You wait at restuarants for a table to become available. You stop at stop signs and stop lights, lest you cause an accident.

And even if you do have a car accident, whether it is for running a red light or speeding or any other careless driving, you don’t get a free pass on that.

I don’t know of any parents who would actually advise their teenage driver to flee from the scene of a car accident. Do you?

If a child plays sports, they again must learn the value of self-control.

Whether you are an offensive lineman or a defensive lineman, you cannot “go” until the ball is snapped.  If you keep jumping offsides, you can bet your over-zealous rear-end is going to be parked smack dab on the bench.

If you swim, you cannot jump off the starting block until the signal is given. Michael Phelps wouldn’t seem like quite the superstar if he kept leaving that block prematurely.  His coach would do all he could to teach him to “Stop doing that. It’s not helping you.”

But what about self-control when it comes to sex?  What a ludicrous idea, the pundits would say.   Look how many teens are having sex, right?

How ironic that while singing the praises of condom use, Plan B and abortion, we too often have overlooked the significant difficulties and pain that still exist.

This isn’t just about avoiding or terminating pregnancies or STDs.

There are huge emotional, social, mental and spiritual tolls being paid when unmarried people, particularly teenagers, have sex.

To paint this in a different light, are there many people out there who would say it is a “good idea” that 14, 15, and 16-year-olds get married?

We would be appalled if we were bombarded with messages advocating for teen marriage.  Can you imagine the public outcry if a political candidate made it part of his or her platform to speak in favor of teenagers getting married? “The Younger The Better” the signs could read!

We would indeed be appalled, because marriage is a serious decision engrained with responsibilities, benefits and consequences meant for two people with the maturity to comprehend what’s at stake.

Hmmm.  The exact same could be said of sex.

We have lied to young people when we make sex out to be a purely physical act.  And the Plan B pill only compounds this lie.

I speak on abstinence in the public schools, and I guarantee that encouraging kids to wait until marriage to have sex is not an outdated far-fetched idea, contrary to what opponents would say.  In fact, I see and hear from kids all the time who are hungry for safe adults to tell them it is not only okay to wait till marriage to have sex, it is better for them as well.

We need to collectively as a society set a higher standard of sexual integrity and sexual self-control for young people. It does not benefit them one bit to have adults facilitating and subsidizing their sexual activity, even going so far as to help them circumvent the consequences of such activity.

And when they find themselves within those consequences, we need to be abundant with grace, hope and love to equip them to rise to the occasion to choose options that are in the best interest of their physical and emotional health… and the health of their baby.

Most importantly, we need to remind them the best sex happens in marriage and that they are worth experiencing not just “okay” sex or “I guess it’s what everyone is doing” sex — but the BEST sex.

I cannot think of any better form of self-control than the kind that equips you to wait for the best sex.

We wouldn’t need a Plan B if we would do a better job promoting Plan A.