I am humbly blessed to have Tamara Mapp guest blogging today.

She shares profoundly with such raw transparency about her sexually destructive past — and how God redeemed that brokenness, as well as her marriage, in what seem like insurmountable circumstances.

May the Lord’s relentless love and compassion speak to you through her testimony. Please share it with others who you know could benefit as well.

A 1950s baby boomer from a dusty West Texas oil-field town, I’m the first daughter, an invisible middle child, between a brother four years my senior with cerebral palsy and a sister three years younger.

Ours was an average lower middle class home. My mother was a dutiful housewife caring for her family with home cooked meals and handmade clothes.

My father was a typical male, at least in my mind; a functional alcoholic, womanizing sex addict, who was rarely home, and never faithful to my mother.

His addiction to pornography was no secret with the current Playboy calendar hanging above the bathroom scales in our only family bathroom.

Never underestimate the power of pornography.

It seems trite to some, but these calendar images were very destructive to my little girl’s mind. They changed me into a sexual creature at an extremely young age. I was curious about these girls.

Where did they come from?

How can I be one of them?

It became my life goal to become a Playboy playmate.

Acting out with boys on the elementary playground became full blown sexual addiction in my adolescence; drugs, alcohol, clubbing, and one-night stands brought what I thought was the perfect combination to get the love and attention I desperately craved.

In the middle of the free love, I stumbled upon the man who would become my husband. He swept me off my feet with romantic cards and sweet gifts; as a result, we married after dating only six months.

The frisky fiancée shuts down after the wedding and stays that way for 15 years.

As a young bride, I was unprepared for married sex. It was a shock to my addictive mindset and mode of operation. I no longer held the power; gone was the hunter/prey foreplay routine that excited me as a single woman.

I couldn’t binge on sex at a whim.

At 22 I shut down and became sexually anorexic.

Sure, some sex existed, but there was no passion because I didn’t know how to connect intimately on an emotional level. Worse than that, I didn’t know what I didn’t know, which kept me frustrated and resentful of what my husband expected from me.

The pendulum swings from far right to left.

To escape the oil field industry, my husband returned to college. We survived on student loans as I stayed home and bore three children in four years.

When my husband graduated, we moved to the big city to start his career and I devoted myself to homeschooling our three children.

We threw out all our secular books and music and lived a conservative Christian lifestyle.

Though religious and involved in church, I found no joy or victory in my life; I was caught up in following rules and trying to be the best person I could be.

In the mid 1990s, my husband engaged in a venture with some professing Christian businessmen that quickly went sour and resulted in substantial financial loss. My immature faith couldn’t withstand the turbulence this created in our lives.

I lost faith in Christianity, Christian people and the Christian church. Anger toward God festered and grew until I put my Bible in a drawer, turned and walked away from anything “Christian” for seven years.

A corporate move took us to another metropolitan area. Aging parents needing regular care, teens in public school, a new home, and two demanding jobs kept us running from dawn till near midnight most days of the week.

Needing time together and trying to follow Dr. James Dobson’s advice for couples, we implemented a date night. Although our motives were right, the behavior became unhealthy and our lives took a dark turn.

“As long as we’re together, we can do whatever we want…”

It’s easy to get caught in worldly temptations, especially when it comes to sex. What looks like simple pleasure from the outside can quickly turn to bondage. Once you open the door, the enemy will move in and set up camp; and that is exactly what happened to our family.

I turned 40 in a sexual identity crisis, on a perimenopausal hormonal roller coaster, with empty nest syndrome setting in and my 20 year marriage crumbling.

Drug and alcohol abuse spiraled into deep depression, running away from home, and acting out in desperate sexual addiction.

Violence erupts continually and the police are regulars at our front door. 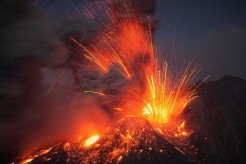 In my misery and still too mad to talk to God, I cried out to the “Universe,” begging to be removed from this man who was “driving me crazy”…to be with some women who understood my pain.

God in His infinite wisdom and timely sense of humor gave me exactly what I asked for.

The next time the police came, I was taken away in handcuffs, charged with assault of a family member. I spent nearly a month in a crowded jail full of meth-addicted prostitutes.

I’m not proud to have a criminal record; however, jail was the best thing that ever happened to me. I never want to forget that experience and the lessons I learned about myself, life and God.

When I was released from jail, I went to counseling and rededicated my life and marriage to Jesus Christ. My husband and I will celebrate 33 years of marriage in 2012!

Through a personal process of meditating on and speaking God’s Word over my life, God continues to heal the broken places in my heart, mind and soul. In my Heavenly Father, I have found the love I searched for my whole life.

God has called me to reach other women who struggle with addiction — sexual or otherwise. It is my prayer that by sharing my story, hurting women will know they aren’t alone in their pain and that healing is possible after addiction. True life comes only from trusting Christ and depending on the Holy Spirit daily to walk in His freedom.

Tamara Mapp is a recovering sex addict, sober seven years. As an ordained minister, she chronicles her recovery journey with messages of hope in a weekly blog at www.reachinghurtingwomen.com. She and her husband of 32 years live near Dallas, Texas; have three adult children, two grandchildren and two dog kids.

6 thoughts on “From Sexual Destruction to Godly Freedom: One Woman’s Story”