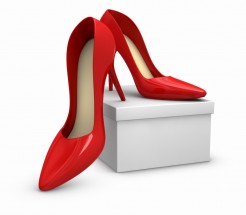 Occasionally, I receive comments that track along this line…

While I get the idea behind such statement (at least I think I do), here’s the problem…

(I deeply believe that any woman who says she is not bothered by her husband, boyfriend or father looking at pornography is either lying or deceived.)

Pornography has devastated and outright destroyed many marriages.  It doesn’t just “feel” like betrayal.  It is betrayal.

You could ask expert upon expert about the effects of pornography on individuals and on marriages, and the people who really study this sort thing (as well as nearly everyone who doesn’t study this sort of thing) will agree:

It tries to paint promiscuity in a positive light.

It can easily become addictive.

It replaces authentic intimacy with perceived intimacy (that really is anything but intimate).

It makes it extremely difficult, if not impossible, for the viewer to then connect authentically with their spouse.

It takes what is sacred and manipulates it, all for profit.

It often uses and preys upon people who are already marginalized.

It desensitizes perception of seriously dangerous behaviors of coercion, abuse and bondage.

It destroys trust and causes division and confusion between a husband and a wife.

I have not viewed pornography, but I am aware enough of the industry to know what goes on there.

However, just because some sexual acts are depicted in pornography does not automatically make them off limits in marriage.  Context means everything.

For example, many Christians consider oral sex to be acceptable and good within the exclusivity of a sexual relationship between a husband and wife.

And a wife seductively undressing in front of her husband — or wearing a sexy negligee — also are experiences that within the covenant relationship of marriage bring variety and sensual stimulation to the marriage bed.

And certainly there are many sexual positions besides missionary position that are not prohibited in marriage.  Wife on top, for example, is a fabulously wonderful position.

All of those things I just mentioned show up in pornography on a regular basis.

And that’s unfortunate and sad.

Because she and her husband could be missing out on sexual intimacy that is scrumptiously delightful and passionate and pleasurable — all because she mistakenly thought all things that look like sexual variety are by their very nature also pornographic.

This misses the mark, though, when what a couple truly needs is to genuinely dig into those struggles.

So, what is a better approach?

God is faithful to give us solid guidelines on what is acceptable in the marriage bed.  And within those guidelines, sex can be a place of intense  pleasure, excitement and connectedness for both you and your husband.

God, after all, is the mastermind behind sex, so He wants you to enjoy it immensely.  I encourage you to read my post 5 Reasons You May Be Sexually Inhibited, as well as my post Modesty is Destroying Your Sexual Intimacy.

And if you and your husband are experiencing deep-rooted struggles in your sexual relationship, start asking yourselves what it will take for the two of you to look at those struggles and heal those painful places.

Wherever you are in your sexual relationship, I truly believe a husband and wife can play and rejoice upon a path of  healthy, passionate, intimate sexual oneness.  That is a worthy endeavor for sure.