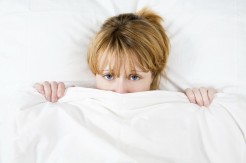 Recently I received an email from a concerned wife whose husband was demanding she swallow his semen during oral sex.

This is just one of a variety of sexual demands that can show up in the marriage bed.

One person is insisting and the other person is resisting and this dynamic is causing horrendous discord, not just in bed, but in the marriage in general.

For this post, I’m referring to demands that could fall into the broad camp of “sexual variety.”

Certainly there are several spouses out there who are receiving no (or very little) sexual intimacy, and some have wondered if they can be more stern (or demanding?) in expressing their need for sexual attention.

For today, I want to explore this matter of “demanding” certain sexual acts.

Other than someone ordering someone to do something, how else do we determine something is a demand?

Below are some indicators:

We could go into lengthy debate as to why sexual demands even show up in a marriage.

Sexual demands. Coercing someone into doing something they don’t want to do sexually.

I know this should go without saying, but if something is outside of God’s plan for sexual intimacy in marriage, then obviously the request/demand is sinful. Participating would be compromising on God’s standards.

While there are a variety of examples, the one that comes to my mind and heart the quickest is anything that would damage the exclusivity of the sexual relationship.  Threesomes, pornography, spouse swapping.  God’s Word is abundantly clear on why this sort of behavior is off limits.

But what about something that doesn’t fall outside God’s plan, but still is being presented as a demand upon a hesitant spouse?

Let’s look at this closer by using the example of the husband demanding his wife swallow his semen during oral sex.

I have heard from many a husband who say that it would mean so much to them to have their wife swallow.

They go into lengthy and heartfelt reasons. They would genuinely feel received and loved by their wife, they would emotionally feel closer in that moment, they would be able to enjoy the oral pleasure to its fullest, and so on.

Those are all valid expressions of why they like it — and we could easily put those reasons on many sexual variety circumstances.  In fact, those whys listed above all are rooted in genuine God-honoring emotions, right?  I have a few whys of my own as to some things I enjoy sexually with my husband.

The problem arises when the why — even a God-honoring why — drifts into justification for turning a sexual request into a sexual demand.

We are diving into treacherous waters whenever we demand something sexually that our spouse clearly has reservations about.

Pleasure at all costs can hardly be what God envisioned, right?

Such pleas, though ringing with rock-solid truth, are hopelessly hollow when we sift them through these verses:

“Love is patient, love is kind. It does not envy, it does not boast, it is not proud. It is not rude, it is not self-seeking, it is not easily angered, it keeps no record of wrongs. Love does not delight in evil but rejoices with the truth. It always protects, always trusts, always hopes, always perseveres.” (1 Corinthians 13:4-7)

“[The Word of God] judges the thoughts and attitudes of the heart. Nothing in all creation is hidden from God’s sight. Everything is uncovered and laid bare before the eyes of him to whom we must give account.”  (Hebrews 4:12-13)

Love must always be our guiding compass.

Requesting something in a tone of love? I don’t see anything wrong with that.  Demanding it?  Well, obviously by this point in the post, you know what I think about that.

And just for the record, lest anyone think I’m picking too harshly on husbands who are demanding certain sexual acts, I do think we as wives must always sift our refusals through those above verses as well.

Again, I’m talking about sexual requests that do not fall outside God’s parameters for sexual intimacy in marriage.

If you are refusing something simply to be spiteful or manipulative — rather than because of legitimate concerns, reservations or difficulties — then I think your refusal grieves God’s heart too.

Just as a request should be made with a heart motive of love and kindness, a refusal should be given with the same tone of authentic love.

God’s always looking at the motive of the heart. Always.

52 thoughts on “Does Your Husband Demand Certain Sex Acts?”