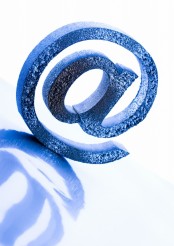 There is quite the controversy that has arisen in Omaha recently.

She was due to start in Omaha July 1, and many members of the school board and community hailed her as the fresh voice that was needed in a fledgling school district.

The district had not hired a superintendent from outside the district since the early 1980s, so obviously this was a big step.

Well, Sebring’s demise came quickly when a simple public records search request by the local Omaha newspaper revealed that she had used her Des Moines School District email address to send racy emails to her lover during work hours.

Sebring is married, as is the man she was sending the emails to.  Obviously the infidelity is the greater transgression, but right now I simply want to focus on this matter of sending sexually explicit communications electronically.

Sebring resigned quietly on May 10 from her Des Moines job, only to then have to resign June 2 from her new Omaha position, as news of the controversy spread quickly.

She resigned before the Omaha School Board even asked for her resignation, likely sensing that it was better to resign than be fired — from a position she hadn’t even started.

This is just one public reminder that we all need to be wise about what we put in print, whether it is in email or texts or on social media.

True privacy — or a guarantee that such conversations will not surface — really is an illusion.

For one, let’s not forget that technology is designed by and used by humans, and that being the case, it is wrought with the possibility of failure.

And even if technical error isn’t the culprit, there certainly is the ethical mis-step of using a work email address or device to send such elicit messages.

I recognize that with loose work boundaries, flex time and virtual offices, many companies do indeed allow an employee to use company-issued devices for personal reasons.

Even so… come on people… ya gotta be wise about what you’re doing.

It’s one thing to shoot an email to your husband that your daughter’s soccer practice has been moved back an hour.  It’s a completely different thing to describe in detail what you’re going to do to him sexually later that night.

Honestly, I think Nancy Sebring is likely a talented administrator who has dedicated much of her heart and time to the education of children.  And without a doubt, she would make a different choice if she could go back and think twice not only about the emails she sent, but hopefully the affair itself.

Her error in judgment on the emails is one that many of us could easily make, considering how immersed we are in technical gadgetry.  We tend to have a false sense of security and confidentiality.

Feeling excited about sending  a sexy email or text to your husband?

My encouragement is that you speak those words instead, either in a phone conversation or privately in person (and certainly not on the company’s dime).

I’m all for sexual playfulness and foreplay that starts well before the lights go out.

Just don’t lose sight of the very real possibility that a racy electronic message could fall into the wrong hands — much to your embarrassment at the minimum and the loss of your job or respect at worse.

If you do send any words that are sexual in nature, be wise to not be explicit. Stick to appropriate inside lingo that is exclusively understood by you and your spouse — and certainly do not send photos or use any electronic means that do not belong to you personally (no company-issued cell phones, laptop computers, email accounts, etc.).

Nancy Sebring jeopardized a lot when she innocently sent those racy emails.  My prayer is that the continued good work she can do for public education, not to mention her marriage, will not be completely lost as well.

She  may want to lay low for awhile before embarking on her next career move.  I’m guessing she already knows this, though.

10 thoughts on “Sexy Email? Think Twice Before You Send.”