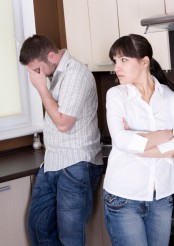 Just ask Rep. Anthony Weiner (D-NY), a national politician whose recent (and apparently past) sexual indiscretions have landed him in a flurry of media attention (and probably a fair amount of devastation within his own home and circle of friends).

I’m not out to vilify the guy (hey, we’re all sinners and we all have blind spots).

I do think, though, that we can learn a few things from Weiner.  Any time we see such moral failure chronicled on such a grand scale, there are lessons.

3 Things We Can Learn From Anthony Weiner

1. No one is beyond the possibility of sexual indiscretion.

Hear me out on this one because you may think I’m just plain looney if you stop reading right now.

Do I think everyone is going to send lewd photos of themselves or engage in adultery?  Well, of course not.  The possibility for sexual indiscretion, though, shows up in countless ways, even ways that may fly right under the radar of our hearts and others’ hearts if we are not paying close attention.

More often than not, the married folk caught in such compromising circumstances admit that they “never envisioned themselves doing something like that.”

Where does the road to sexual indiscretion start?  Well, here are a few inklings…

Maybe it’s the banter that is laced with sexual innuendo as you chat with your kid’s coach — and it starts to stir sexual attraction and excitement in you.

Maybe it’s the co-worker who gives you emotional attention that you crave, but never get, from your own spouse.

Maybe it’s the way you simply feel when you are in the presence of a certain person — and you start making excuses or deliberate attempts to “coincidentally” be in their presence again.

God designed sex to benefit and strengthen marriage — and it does exactly that when savored, nurtured and experienced often.

But because of its potential for tremendous positive impact in a marriage, we have to recognize that if we become lackadaisical with it, we are setting ourselves up for sexual temptation and vulnerabilities.

I hear from many spouses (particularly men) who swear they would never cheat, but the thought certainly crosses their mind a heck of a lot more than it would if their spouse was sexually available to them.

Certainly I’m not implying that Anthony Weiner is not accountable for his own poor and damaging choices. (I imagine he is becoming well aware of what his careless choices have cost him).

I’m just saying that his indiscretions reveal vividly the strong need for husbands and wives to diligently tend to their sexual intimacy in their marriage.  It is one of the best (if not the best) way to guard ourselves against sexual temptation.

And when sexual indiscretion and betrayal has occurred, my prayer is that couples do what they can to restore trust and get on a healthy path of nurtured sexual intimacy.  It seems impossible, but for some couples, it is indeed possible.

I’ve heard armchair pundits argue that what Weiner did really wasn’t that bad because he “didn’t actually have sex” with anyone.

This was kind of the same argument that President Bill Clinton tried to make when he adamantly said “I did not have sexual relations with that woman” — even though he had engaged in pa-lenty of sexual “relations” with her.

Not surprisingly, everything in us tends to confirm that even sexual innuendo, suggestion or teasing is foreplay.  Sometimes that foreplay goes no further; sometimes it results in such things as kissing, caressing and/or oral sex; and sometimes it leads to a whole lot of nakedness.

Regardless of the final destination, even the road itself is all about sex.

Go ahead and make sex a wonderful playground — exclusively with the person you married.

3. Sexual fidelity will always be a foundational standard in marriage.

Try as the world may to sing the praises of sexual liberation, open marriages and friends with benefits — the vast majority of people still consider sexual fidelity a non-negotiable in a stable and healthy marriage.

Even Elizabeth Edwards herself said that the only thing she asked of her husband John Edwards when they married was his fidelity.

You never hear of anyone go into marriage saying, “What would break my heart the most is if he picked out carpeting I don’t like.”  Of course not.  That’s because most people have always considered sexual betrayal the worst betrayal that could occur within a covenant relationship.

Sure, when celebrities and politicians commit adultery, it shows up on our TVs and smart phones. But the thread that ties these famous folk to non-famous people in similar compromising situations is that the issue of sexual betrayal does not discriminate.

Whether we hear about sexual betrayal on the news — or from a dear personal friend sitting at our kitchen table who just discovered her husband is having an affair — our reaction is generally the same. Adultery is wrong.

We stand at the altar with a sense that the right and holy and honorable thing is that sex will be an exclusive thing between just ourself and our spouse.

Anthony Weiner’s sexual charades will soon fade from our front pages and nightly news bytes. Such shocking revelations will lose their spotlight, just as we saw with the sexual indiscretions of Bill Clinton, Eliot Spitzer and Arnold Schwarzeneggar.

Don’t lose the lessons though.  Because there are a lot of lessons in these sorts of things.