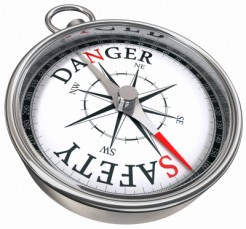 Each time there is a tragic report of a child or teen being assaulted or killed, we are then collectively as a community (particularly as parents) in a state of heightened awareness.

Unfortunately, we also are a society that tends to easily settle back into a false sense of security.

Certainly there are no guarantees in a fallen world that is laced with evil, but are we doing enough to equip our kids against sexual predators?

Please read the below 8 points.

Ask for a discerning heart on whether you could use these approaches to safeguard your kids:

1. Teach your kids from a young age about safe touch.

By young age, I mean starting when they are 2-3 years old and continuing to have age-appropriate conversations throughout the remainder of their school years.

They need to know that it is not okay for someone to touch any part of their body that could be covered by a swimsuit (exception being when a parent or doctor is helping with a legitimate medical or hygiene issue).

If you haven’t had these conversations already and your children are well into their teen years, it’s not too late to get some dialogue going.

2.  Instruct a child that if they are ever lost in a public place (shopping center, store, zoo, amusement park, city park, etc.) to immediately find a mother with a stroller and say, “I am lost and I need help.”

I would even go so far as saying they should first try to find a mother, as opposed to an employee or “someone in a store uniform.”

I would just place better odds on a mother…that she would do whatever she could to see that the child is kept safe.  Plus, it may be easier for a child to approach someone who has children and/or a baby with them.

3. Give your kids permission to lie to get out of a dangerous situation or anything that just “doesn’t feel right.”

You know that gut instinct you have when something isn’t right?  Children and teens have that too, especially if they have been taught about what abuse is.

I have told my children, “If you sense something doesn’t feel right, do all you can to remove yourself from the situation.  Lie if you have to.”

If they can run, they need to run.

If they can scream so nearby people can hear them, they need to scream.

I know this seems obvious to us adults who are a little more street smart, but a child may not realize the “freedom” they have to protect themselves.

4. Tell them that someone trying to entice them would likely use something that would appeal specifically to them.

I’m not saying that predators aren’t doling out the “want a piece of candy” or “help me find my puppy” lines.

I’m just saying that someone wanting to assault a child probably knows that more kids are being coached nowadays about not falling for those lines.

Instead, I have taken the approach of role playing with my kids.  For example, I have said to my older son that if someone wants to entice him, the predator may say something like this…

“Hey, my friend had all these extra PlayStation 3 games and gave them to me. I don’t know what to do with them.  I have them right over at my apartment.  Maybe you want some?  I’m just trying to get rid of them.  You could even sell them to your friends if you want.”

“Hey dude, you wouldn’t believe these really cool sweatshirts that my dad got from where he works.  They are the hottest styles and they’re just taking up space in my car.  You wanna take a look?  Maybe you would like a few of them.”

Do you see what I mean?

Role play with your children and talk about the things they like (sports, animals, comic books, video games, clothing, etc).

5.  Remind them that it’s not just about the assailant touching them… it could be that person asking or forcing the child to touch the assailant.

I remember telling my older son when he was about 9 that if someone wanted to do something to him sexually, the person may not only touch my son’s penis, the person may instead (or also) ask my son to touch the assailant’s private parts.

We always think of the assailant touching the child, but often it is the abuser forcing the child take an action.

6.  Emphasize to your kids that they can always talk to you at ANY TIME about something that has happened to them — even if the sexual or abusive activity has been going on for weeks or months.

The reason this is so important is because it is very easy for a child to become confused or to be paralyzed by the weight of shame.

For example, let’s say that sexual encounters have been happening for four months. Maybe the child is confused because the sexual arousal actually felt kind of good, or the person doing it was someone they knew, or the perpetrator gave them lots of presents.

The child may start to dump a ton of shame on themselves  (“I can’t possibly tell my mom and dad now!  Look how long I let it happen!”)…

…Or their perpetrator may dump the shame on them.  (“Your mom and dad are going to be so mad at you that you’ve done these things… and look how long you let this go on! I think you kind of liked it.”)

Emphasize to kids to talk to you immediately if something happens, but that they also can talk to you no matter how much time has passed.  Remind them that you would never be angry at them that they didn’t tell you sooner.

7. Help them understand that the person who wants to hurt them could be someone they know.

I realize there is a fine line to walk here, because we do not want to cause children unnecessary fear or paranoia.  However, statistics would tell us that the vast majority of sexual abuse or abductions are by people who the victim knows.

You can tie this point into the “trust your gut” point.

If someone is doing something wrong to them or they sense the person is going to do something, they need to feel secure in being able to tell you that — even if the person is a coach, teacher, friend’s parent, older neighborhood kid, aunt, uncle, cousin, grandparent, etc.

8. Make it very clear that it is NEVER okay for someone to abuse them.

This seems like a no brainer, but sadly most people who abuse kids are master manipulators.  They can start to play a lot of mind games with your kid, trying to convince them that the abuse isn’t abuse.

“This is our secret. I love having a secret with you.”

“I promise I won’t do it again if you don’t tell anyone.”

“Be sure to not tell your parents, because you love them and don’t want to upset them.”

Do see the manipulation?

Your courage in having on-going age-appropriate conversations with them may be exactly what protects them from horrendous abuse.

Be courageous.  Your kids are worth it.